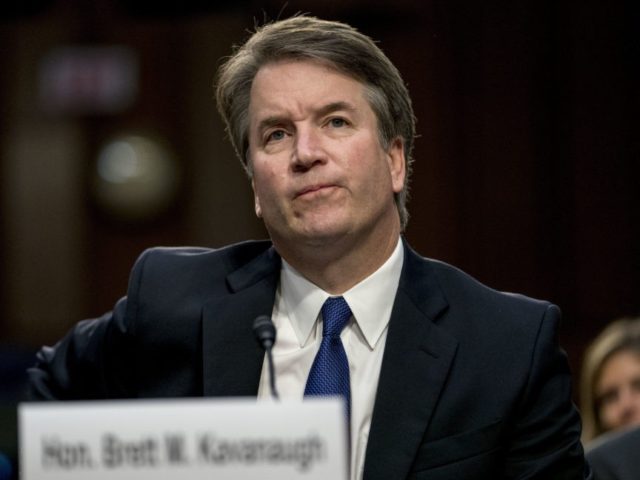 The Time’s Up movement on Monday evening called on Supreme Court nominee Brett Kavanaugh to withdraw his nomination after two women accused Kavanaugh of sexual assault and misconduct in recent weeks.

Earlier in the day, the group sponsored the “Time’s Up National Walkout and Moment of Solidarity” and Hollywood celebrities from shows like Shameless, Will & Grace, Busy Tonight, and Full Frontal with Samantha Bee reportedly stopped work to show solidarity with the “Me Too” movement and survivors of sexual assault.

“Given the multiple serious allegations against him, Kavanaugh can no longer credibly serve on the nation’s highest court,” the statement read. “His confirmation would compromise the integrity of the court for generations to come.”

Do not delay the inevitable. The time has come for Judge Brett Kavanaugh to withdraw his nomination to the U.S. Supreme Court. Full statement below. pic.twitter.com/TAHn4f3Dx4

The Time’s Up movement added that “there is simply no path forward: A man accused of multiple instances of sexual violence cannot have decision-making power over the lives of American women for decades to come. If elevated to the high court, the legitimacy of everything Judge Kavanaugh touches will be questioned.”

The statement also cited “profound culture shifts” that “are difficult to comprehend in history books, let alone as they happen.”

“The Supreme Court is 229 years old and women have had the right to vote in this country for less than a century. For far too long, the safety and dignity of women was secondary to the needs of powerful men. But that era is done,” Time’s Up’s statement continued. “The rules have changed. Thoughtful American citizens, regardless of political party, will not tolerate this man as an arbiter of justice on the nation’s highest court.”