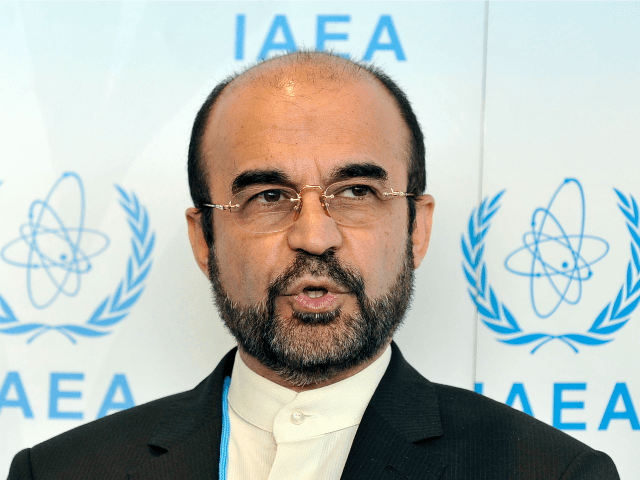 The International Atomic Energy Agency (IAEA) said in a confidential quarterly report that Iran is abiding by the limits to heavy water and uranium stockpiles set by the Joint Comprehensive Plan of Action (JCPOA), otherwise known as the Iran nuclear deal.

The IAEA detected no significant change in Iran’s behavior after the United States withdrew from the JCPOA in May, or after strong U.S. sanctions went into effect on November 5.

The Associated Press described the report Monday, which said it was able to obtain a copy of the information sent to U.N. member states:

In the report, the Vienna-based IAEA said the agency had access to all sites in Iran that it needed to visit and that inspectors confirmed Iran has kept within limits of heavy water and low-enriched uranium stockpiles.

“Timely and proactive cooperation by Iran in providing such access facilitates implementation of the additional protocol and enhances confidence,” the report stated, referring to the procedure detailing safeguards and tools for verification.

In its last quarterly report in August, the agency also concluded Iran had stayed within key limitations set by the JCPOA.

Channel News Asia noted a few details from the report that may prove unsatisfying to those critical of the IAEA’s work, including a significant but acceptable increase in Iran’s uranium stockpile and the failure to mention evidence of Iranian cheating introduced by Israeli Prime Minister Benjamin Netanyahu in April.

Netanyahu said the trove of Iranian files Israeli intelligence secured proved Tehran was “brazenly lying when it said it never had a nuclear program,” so the JCPOA was “based on Iranian lies and Iranian deception.”

Critics of the JCPOA say the evidence Israel uncovered deserved more scrutiny than international media and the IAEA gave it. As Joshua Block of The Israel Project argued at The Hill in October, the IAEA has a history of overlooking evidence of Iranian perfidy uncovered by Israel, leaving the agency with a much less complete picture of Iranian compliance than it claims to possess:

Defenders of the nuclear deal have argued that the United States is wrong to impose sanctions on Iran because the IAEA confirmed it has been complying with the deal. But with its failure to establish a full picture of Iran’s nuclear ambitions, it can’t be said to have confirmed the country’s compliance; just that Iran didn’t blatantly violate the deal at any site that the IAEA has access to.

When he revealed Iran’s nuclear archive in April, Netanyahu said Iran kept the files to “use them at a later date.” In other words, the gaps in the IAEA’s knowledge of Iran’s nuclear program mean the deal enables Iran to do what Obama said the accord would never allow: develop nuclear weapons.

There is a lot that we don’t know about Iran’s nuclear program. There is a lot we will be unable to know because the deal has too many holes, and the IAEA is unable — or unwilling — to address them.

National Security Adviser John Bolton is on the same page. “If the Iranian regime continues to lie, cheat, and deceive; if it threatens the United States and our allies; if it harms our citizens, there will be hell to pay,” he said last week.