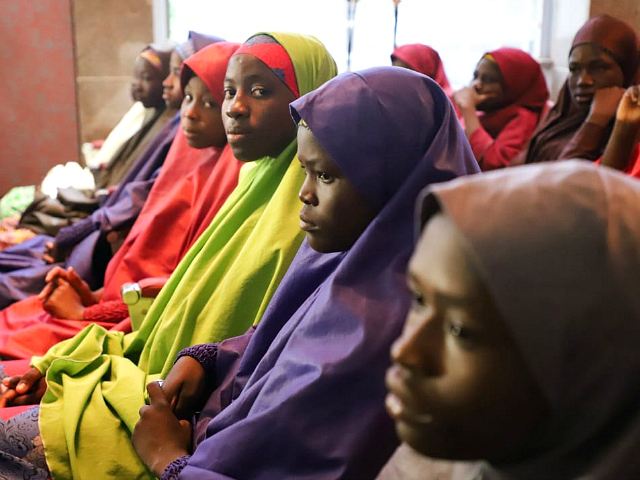 Over 23 million girls in Nigeria are victims of child marriage, the country representative for the United Nations Entity for Gender Equality and the Empowerment of Women revealed Sunday amid a campaign against gender-based violence in the African country.

Nigeria’s Leadership newspaper cited Comfort Lamptey, the U.N. Women’s country representative to Nigeria, as indicating on Sunday that “one in three women and girls aged 15-24 has been [a] victim of violence while one in five has experienced physical violence which is the highest in Africa.”

“She also said for too long, many women and girls have been subjected to various forms of violence, yet have remained silent due to impunity, stigma, and shame, among other inhibiting factors,” Leadership noted.

“With women and girls bearing the brunt of abduction, forced marriage and being used as human bombs [by Boko Haram]. Gender-based violence is evident also in the political realm, where women have reported numerous cases of victimization, intimidation, and harassment, in order to sideline them in the upcoming 2019 General Elections,” Lamptey said.

Violence against women takes many forms in Africa. Last month, Kenyan authorities sentenced a mother to six years for forcing her 13-year-old twin daughters to undergo female genital mutilation (FGM) “to avoid a curse from her deceased grandfather,” Reuters reported.

Referring to the recent conviction in Kenya, Mercy Chege, the director at the Plan International charity that rescued the twin girls, told Reuters, “A community member alerted us when they had heard the mother was organizing the girls to undergo the cut, so we informed the local authorities. Unfortunately, we were not able to prevent the circumcision as by the time the police conducted the raid and rescued the girls, they had already been cut.”

Last Tuesday, a federal judge in Michigan deemed a federal ban on the heinous practice in the United States unconstitutional, arguing that while state laws against FGM are valid, the federal government lacks the authority to outlaw the procedure.

U.S. District Judge Bernard Friedman’s ruling against the federal ban on the practice came a few months after the Centers for Disease Control and Prevention (CDC) revealed that “more than 500,000 women and girls in the United States are at risk of or have been subjected to FGM/C (Female Genital Mutilation or Cutting).”

In the United States, 27 states including Michigan have reportedly passed laws that criminalize FGM.

The U.N. believes about 200 million girls and women worldwide have undergone FGM.

According to the Center for Reproductive Rights, 18 African nations, including Kenya and Nigeria, and 13 industrialized countries prosecute FGM practitioners.

FGM, which involves the partial or total removal of genitalia, can come at a tremendous cost to many girls who bleed to death or perish from infections.

Although adherents of Islam and Christianity both practice FGM, the procedure is prevalent in predominantly Muslim countries, particularly in Africa.