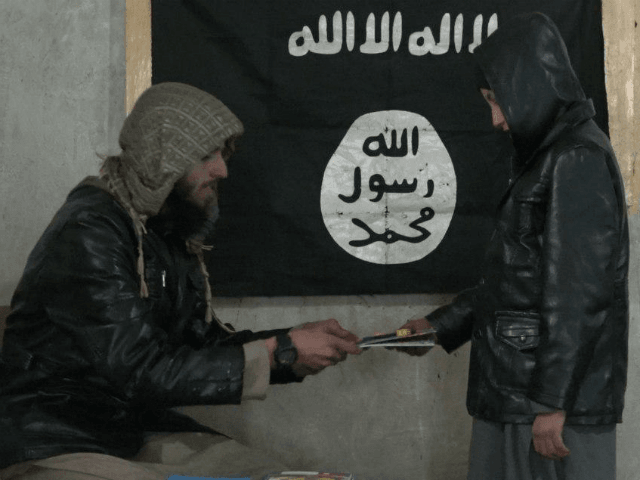 (UPI) — Two U.S. citizens captured in Syria are suspected of fighting for the Islamic State, the Syrian Democratic Forces said.

Warren Christopher Clark and Abed al-Hamid were captured by the U.S.-backed SDF, officials said Sunday. Clark is from the Houston area and once worked as a substitute teacher in the Fort Bend school district in Sugar Land, Texas. Officials said in 2015, he sent a resume and cover letter to the Islamic State seeking a job teaching English in Syria.

“We are aware of open source reports of reportedly American citizens currently in custody who were believed to be fighting for ISIS,” Cmdr. Sean Robertson said. “However, we are unable to confirm this information at this time.”

Warren Clark said his son is “a humanitarian” who “would not be involved in anything along those lines.”

“My son doesn’t have an evil thought in his mind about hurting anyone,” he said.

U.S. officials encourage countries to repatriate citizens caught fighting for the Islamic State to relieve the SDF’s overcrowded detention facilities. Many countries are reluctant to do so because it’s difficult to find hard evidence of their activities on the battlefield.

No origin was listed for al-Hamid, though according to one database he could be from Trinidad. He could also have dual citizenship. In a video posted online, he talks about not being able to practice his Muslim faith in Trinidad.

Clark and al-Hamid were captured with Islamic fighters from Pakistan and Ireland, SDF officials said. If they are extradited to the United States, they would be the 15th and 16th Americans to return from joining the Islamic State in Iraq and Syria.

Clark’s resume seems to indicate he was drawn to the Islamic State by the promise of a Muslim-only state.

President Donald Trump announced last month the Islamic State has been defeated in Syria and U.S. troops will begin a full withdrawal. National Security Adviser John Bolton said the planned withdrawal is contingent upon reaching an agreement with Turkey not to attack Syrian Kurdish forces.

“It’s going to be a different environment after we leave, there is no question about that,” Bolton said. “But there is no desire to see Iran’s influence spread that’s for sure.”