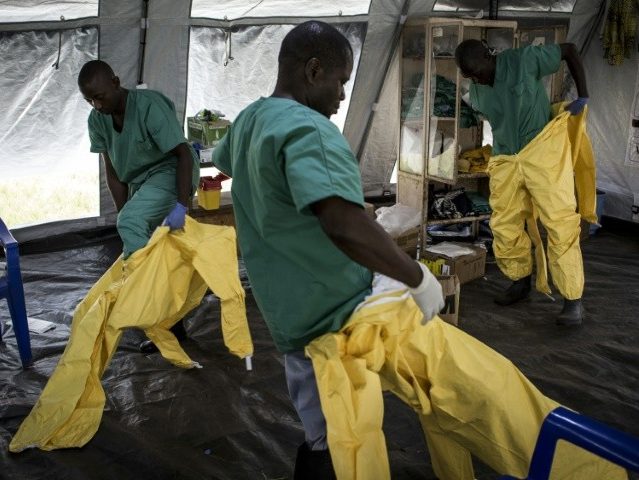 AFP — Two soldiers in eastern DR Congo have died after catching Ebola in an outbreak that has killed hundreds in the region, army and health sources said on Tuesday.

“Two of our soldiers have died from the Ebola virus in Beni. Three others are under observation,” army spokesperson Major Mak Hazukay told AFP.

“All measures have been taken to stop the troops from being contaminated,” he added.

The deaths of the soldiers brought the total toll to 459 recorded deaths, according to official figures, and highlighted the challenge of controlling the epidemic in the strife-torn east.

Doctor Michel Tosalisa, in charge of the affected Beni region, confirmed two soldiers were among the latest Ebola victims.

In eastern and northern parts of the DR Congo, 682 confirmed cases of Ebola have been recorded and 54 probable cases, the health ministry said on Monday.

From the 459 Ebola deaths recorded, 405 were confirmed and 54 probable.

Medics have managed to save 257 people, the ministry said.

DR Congo, formerly Zaire, has seen 10 outbreaks of the highly contagious haemorrhagic disease since it was first identified in 1976 near the Ebola river in the northwest of the country.

The latest outbreak was declared on August 1 in the region of Beni, a major market town in North Kivu, and quickly spread to neighbouring Ituri province.

Presidential elections held on December 30 were cancelled in the region owing in part to the epidemic.