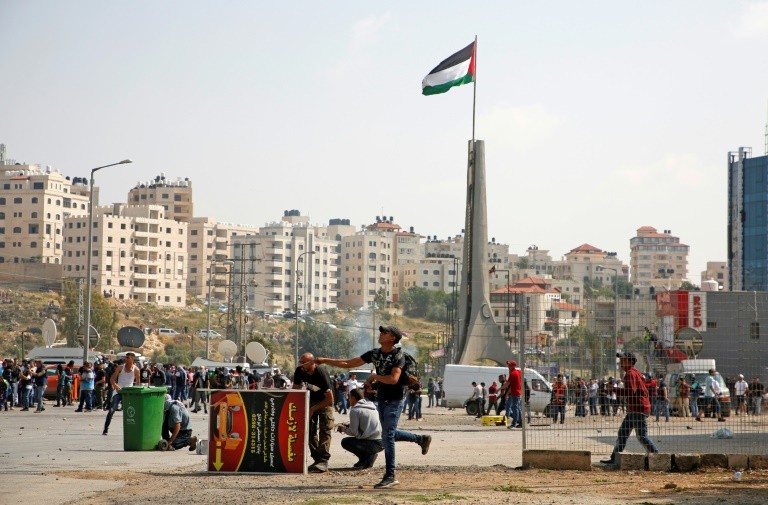 TEL AVIV – Two Palestinians were sentenced to 15 years of hard labor after a Palestinian Authority court on Wednesday found them guilty of selling land to Jews.

“The court sentenced F.A.E. and A. Kh. M. from Kafr Thulth in the Qalqilya Governorate for the crime of leaking land to the enemy,” the Times of Israel cited a memo on the PA High Judicial Council’s website as saying. The court “sentenced the convicts to 15 years of hard labor.”

Palestinians who sell land to Jews can face a death sentence, although capital punishment would require specific approval from PA President Mahmoud Abbas.

In April, another Palestinian man received 15 years of hard labor for the same offense. A PA court in Nablus last month also convicted two men of selling land to Jews, sentencing them to a nine-year jail term and six years of hard labor respectively.

Last week, Breitbart News reported that the chief rabbi of Jerusalem approved the burial of a Palestinian Muslim in a Jewish cemetery after Imams refused to bury him over suspicions that he too sold real estate to Jews.

Aryeh Stern, Jerusalem’s Ashkenazi chief rabbi, made an unprecedented ruling in Jewish law that Alah Kirsh may be buried at a Jewish cemetery as an exception because he was a “righteous gentile.”

“Because the Muslims are not prepared to bury him,” Stern wrote in his ruling, it was permitted “to rectify the harm they caused him.”

Family members were not permitted to bring Kirsh’s body to the Al-Aqsa Mosque as per Muslim tradition and were forbidden from setting up a mourner’s tent.

Ekrima Sa’id Sabri, the Grand Mufti of Jerusalem, based his ruling on a 1935 fatwa issued by his predecessor, Hitler ally Amin al-Husseini, who wrote that “anyone who sells a home or land to Jews will not receive a Muslim burial.”

Sabri wrote: “Whoever sells to the Jews in Jerusalem is not a member of the Muslim nation. We will not accept his repentance and he will not be buried in the Muslim cemetery.”

Stern said, “Since the Muslims will not bury him, we must correct the distortion of justice, that results in unjust humiliation of a man whose only sin was being prepared to sell land to Jews.”

“It is incumbent on us to honor a righteous gentile, and in this case a person who showed good will and was willing to take risks for the Jewish settlement,” he added.

The Islamic authorities in the capital have recently stepped up punitive measures for Arabs selling property to Jews.

Last month, Breitbart News reported that a Palestinian-American allegedly involved in the sale of Jerusalem real estate to Jews was lured to Ramallah  under the pretense that he was required to sign some paperwork before being abducted by the Palestinian Authority and detained ever since.