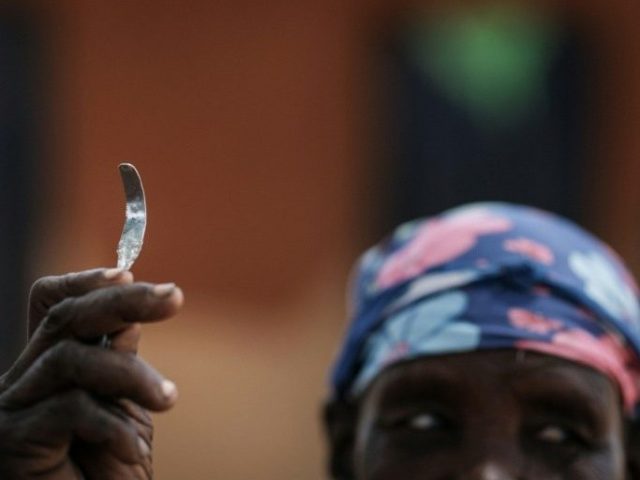 Twitter promoted a post advocating for female genital mutilation (FGM) this week, after building a history of blacklisting promoted ads from pro-lifers, before claiming it was an “error.”

The tweet, which was made by Dawoodi Bohra Women for Religious Freedom (DBWRF), attempted to make FGM, named “khafz” by the group, look like a normal and safe practice.

“My daughters have also undergone khafz, and they’re growing up as perfectly as other children of their age,” declared the post, which included video testimony of the mother. “As a mother, I can never do anything to harm them.”

“My daughters have also undergone khafz, and they’re growing up as perfectly as other children of their age. As a mother, I can never do anything to harm them” says Arwa Sohangpurwala, Chartered Accountant, Kolkata.#FCisNotFGM#VoiceOfADawoodiBohraWoman pic.twitter.com/t2MIPAf2Zk

In a statement, a Twitter spokesman claimed the promoted post “was approved in error and the decision was immediately overturned by our teams.”

Though Twitter ended the promotion, the post in its non-promoted state remains on the platform, and the group’s Twitter account features dozens of other videos which also advocate for FGM. a number of posts include video testimonies from women, some of which live in Western countries like the United Kingdom, who have undergone the procedure — defending it as “religious freedom.”

“Does a circumcised man or woman look stranger than the rest? We all know the answer is NO. I don’t understand what the fuss is all about,” declared one woman with a child’s stroller, who was identified as journalist Ruqaiyah Esmail from the United Kingdom.

“Does a circumcised man or woman look stranger than the rest? We all know the answer is NO. I don’t understand what the fuss is all about. #FCisNotFGM.” – Ruqaiyah Esmail, Journalist, Freelance Writer, United Kingdom.#VoiceofADawoodiBohraWoman pic.twitter.com/mQTDBTAyEx

Other posts from the group advertise FGM as a “harmless religious practice,” with “no sexual intent whatsoever,” and claim, “If FC [female circumcision] is banned then only men will be able to attain purity.”

In England, where one of the FGM advocates from the video lives, there is reportedly a new FGM case every two hours, while this year, Wales opened its first clinic for victims of the procedure.

The problem has become so widespread in the United Kingdom that campaigns and initiatives to raise awareness have been launched, and in August, a three-year-old girl was sent to the  hospital following a “botched” genital mutilation procedure which took place in London.

British authorities have been criticized for failing to prosecute child abusers responsible for the practice, with  5,391 recorded cases between 2016 and 2017 failing to lead to a single prosecution.

FGM is also a growing problem in the United States, with more than 500,000 women and girls in the country having been subjected to, or at risk of the abuse.

It is currently unknown as to how a post in support of FGM managed to become promoted on Twitter, which has routinely blocked promoted posts from conservative users.