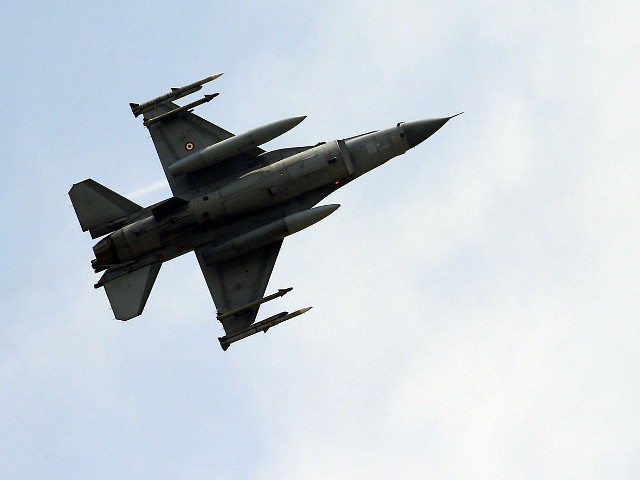 Baghdad, which has expressed opposition to Turkey’s incursions into Iraq, came out against the strikes.

Referring to the strikes, Turkey’s state-run Anadolu Agency (AA) reports that “Turkish warplanes neutralized eight PKK terrorists in northern Iraq,” adding, “Turkish authorities often use the word ‘neutralized’ in their statements to imply the terrorists in question either surrendered or were killed or captured.”

In a statement carried by Hurriyet Daily News, the Turkish ministry revealed troops carried out the offensive to “neutralize” the PKK and its alleged affiliates — namely the Kurdish People’s Protection Units (YPG), the Democratic Union Party (PYD), and the Kurdistan Communities Union (KCK) — as well as “other terrorist elements.”

Ankara considers the YPG and its political wing (PYD), which has maintained control of large swathes of northern Syria with the help of the United States, to be branches of the PKK.

KCK refers to a PKK-founded umbrella organization that encompasses various political groups across Kurdistan, including the PYD. Kurdistan covers territory in Iraq, Iran, Syria, and Turkey.

PKK fighters — who have been waging a deadly insurgency in Turkey for decades that has left an estimated 40,000 people dead including women and children — helped the Yazidis push ISIS out of their homeland in Iraq.

Via Twitter, Fahrettin Altun, a spokesman for the Turkish president, described Sinjar and Mount Karacak as “important” centers of terror elements, Hurriyet notes.

“This operation dealt a blow to terror and it was a message to terror supporters,” he reportedly declared.

Despite Turkey’s concerns over the Syrian Kurdish group’s affiliation with the PKK, the United States has continued to lend support to the YPG, which America considers the most effective partner against the Islamic State (ISIS/ISIL) in northern Syria.

U.S. support for the YPG and its affiliates has infuriated America’s NATO ally Turkey.

Both Ankara and Washington consider the PKK to be a terrorist organization. Some U.S. officials under the current and former administration have conceded that the YPG and PKK are linked, but American support for the group continues.

The U.S. government has repeatedly voiced support for Turkey’s operations against the PKK.

Northern Iraq’s Qandil Mountains region houses a major PKK stronghold. Ankara has reportedly established at least 11 regional bases in the in northern Iraq and doubled its military footprint in the region, to the dismay of Baghdad.

The Associated Press (AP) reports, “Iraq’s Foreign Ministry says it has summoned Turkey’s ambassador to protest Turkish airstrikes on Kurdish militia positions in northern Iraq. The ministry said in a statement Friday that it had rebuked Turkey over two air raids on Iraq’s Sinjar and Makhmour mountains the previous night, where the Kurdistan Workers’ Party, or PKK, operates.”

There have been conflicting reports on whether Iraq has agreed to carry out joint operations with Turkey on Iraqi soil.

“No country can intervene in the internal affairs of Iraq. Turkey cannot cross the Iraqi borders, besides it should withdraw its army from Bashiqa in Nineveh,” Ibrahim al-Jaafari, then the Iraqi minister of foreign affairs, declared, Bas News reported in March.

Turkey has long justified its military presence in Iraq as a preventive measure against the terrorist PKK group.

“Turkey’s parliament in October renewed the military’s mandate to carry out cross-border operations against its enemies in Syria and Iraq,” AP notes.

This week, Turkish President Recep Tayyip Erdogan again threatened to push into PYD-held territory in northeastern Syria, prompting the Pentagon to warn Ankara against the move.