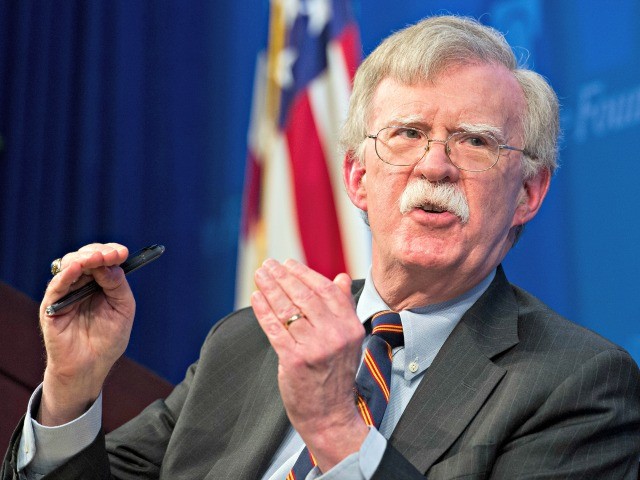 We will ensure that U.S. taxpayer dollars for aid are used efficiently and effectively. The United States will no longer provide indiscriminate assistance across the entire continent without focus or prioritization, and we will no longer support unproductive, unsuccessful, and unaccountable U.N. peacekeeping missions. We want something more to show for Americans’ hard-earned taxpayer dollars. Under our new Africa strategy, we will target U.S. funding toward key countries and particular strategic objectives. All U.S. aid on the continent will advance U.S. interests and help African nations move towards self-reliance.

The new Africa strategy … reflects the core tenets of President Trump’s foreign policy doctrine. Importantly, the strategy remains true to his central campaign promise to put the interests of the American people first, both at home and abroad. We understand that lasting stability, prosperity, independence, and security on the African continent are in the national security interests of the United States. Under our new approach, every decision we make, every policy we pursue, and every dollar of aid we spend will further U.S. priorities in the region.

Between 2014 and 2018, the United States provided approximately $3.76 billion in humanitarian aid to south Sudan and refugees in neighboring countries. This number represents only a small amount of the total aid that the United States devotes to Africa. In fact, in fiscal year 2017, the Department of State and USAID provided approximately $8.7 billion in development, security, and food assistance to Africa. In fiscal year 2016, we provided approximately $8.3 billion dollars. Between 1955 and 2006, U.S. aid to Africa was roughly equal to the amount of assistance provided by all other donors combined. Unfortunately, billions upon billions of U.S. taxpayer dollars have not achieved desired effects. They have not stopped the scourge of terrorism, radicalism, and violence.

Bolton critiqued the status quo of U.S. foreign aid to Africa: “From now on, the United States will no longer tolerate this long-standing pattern of aid without effect, assistance without accountability, and relief without reform.”

Bolton remarked, “Americans are generous people, but we insist that our money is put to good use. Our … priority, therefore, is ensuring that all U.S. assistance dollars sent to Africa are used efficiently and effectively to advance peace, stability, independence, and prosperity in the region.”

Foreign aid composes approximately three percent of discretionary budget authority and just over one percent of total budget authority each year since 1977, according to an April-published report from the Congressional Research Service (CRS). The report also contrasted American foreign aid with that of other states:

Since World War II, with the exception of several years between 1989 and 2001, during which Japan ranked first among aid donors, the United States has led the developed countries in net disbursements of economic aid, or “Official Development Assistance (ODA)” as defined by the Organization for Economic Cooperation and Development (OECD) Development Assistance Committee (DAC). In 2016, the most recent year for which data are available, the United States disbursed $34.41 billion in ODA, or about 20% of the $176.57 billion in total net ODA disbursements by DAC donors that year. Germany ranked second at $24.74 billion, the United Kingdom followed at $18.05 billion, Japan ranked fourth at $10.42 billion, and France rounded out the top donors with $9.62 billion in 2016.

Bolton suggested foreign aid would be withheld from states hostile to U.S. interests at the United Nations (U.N.) and other international fora.

“Countries that repeatedly vote against the United states in international forums or take actions counter to U.S. interests should not receive generous American foreign aid,” assessed Bolton. “[We] will ensure that all U.S. foreign aid in all corners of the globe advance U.S. interests.”