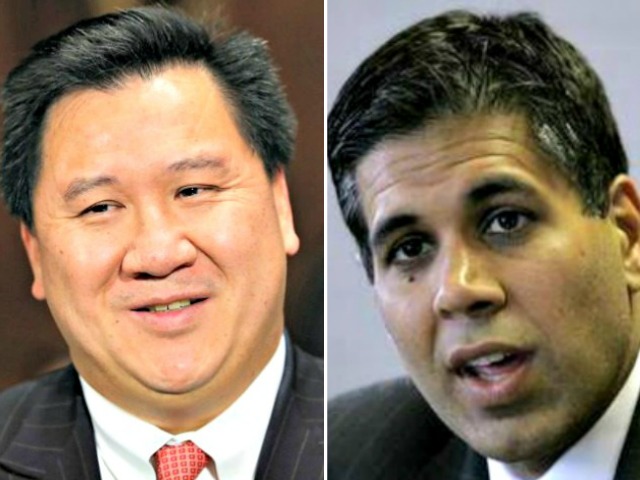 President Trump is on a historic winning streak on judges, first breaking the first-year record for appointing federal appeals judges in December 2017 with 12 judges, then the two-year record of 23 earlier this year. (Senate Republicans are up to 29 circuit judges.) Sens. Mitch McConnell (R-KY) and Chuck Grassley (R-IA) plan to keep running up the score to more than 30 appeals judges before the end of this year, which when combined with two Supreme Court justices also continuing to add trial judges in the district courts, means the Senate may confirm over 100 Trump judges by the end of 2018.

But for the majority of voters who support President Trump on judges, it is not just the number of judges appointed, but the legal philosophy of those judges. If the president were appointing milquetoast establishment Republicans it would demoralize his base, given his campaign promise to appoint jurists in the mold of the famed originalist, Justice Antonin Scalia. From moving the U.S. embassy in Israel to Jerusalem, to his religious liberty executive order, to judges, President Trump has shown that he wants a hallmark of his presidential legacy to be that he keeps his promises.

Two recent decisions from different appeals courts demonstrate that President Trump is appointing judges with Scalia’s judicial philosophy, and consequently that the vast reach of the federal government is in trouble. Both decisions concerned two major doctrines from the Supreme Court under which federal judges defer to U.S. government agencies – doctrines that conservatives now sharply criticize, and that federal bureaucrats rely upon to exert sweeping power over American lives, businesses, and organizations.

The first doctrine is Auerdeference, from the Supreme Court case Auer v. Robbins. The Court held in that 1997 case that when a federal agency makes regulations, if those regulations are later challenged in court and found to be ambiguous on an issue in the lawsuit, then courts should defer to any reasonable interpretation that the agency gives to those regulations.

Auer was written by none other than Scalia. But as Justice Clarence Thomas frequently notes when giving speeches about his departed friend, Scalia later came to regard the very rule he created as a colossal Supreme Court mistake, and he believed it should be overruled.

Judge Amul Thapar of the U.S. Court of Appeals, who is also on the list of potential Trump Supreme Court nominees, weighed in against Auer on October 22 in a case challenging federal sentencing guidelines issued by the U.S. Sentencing Commission. The commission issued a comment interpreting the guidelines it had previously issued, then argued that the court should defer to its comment.

After writing the majority opinion for the Sixth Circuit’s three-judge panel, Thapar added a concurring opinion to the majority decision, beginning:

UnderAuer, courts must defer to agencies’ interpretations of their own rules—including the Commission’s interpretation of the Guidelines. But one does not “interpret” a text by adding to it. Interpreting a menu of “hot dogs, hamburgers, and bratwursts” to include pizza is nonsense. Nevertheless, that is effectively what the government argues here when it says that we must apply deference to a comment adding to rather than interpreting the Guidelines.

The government’s argument shows how far Auer has come and will go if left unchecked by the courts. Under Auer, agencies possess immense power. Rather than simply enacting rules with the force of law, agencies get to decide what those rules mean, too. But just as a pitcher cannot call his own balls and strikes, an agency cannot trespass upon the court’s province to “say what the law is.” … Not only that, but Auer incentivizes agencies to regulate “broadly and vaguely” and later interpret those regulations self-servingly, all at the expense of the regulated.

“As this is a criminal case, and applying Auer would extend Havis’s time in prison, alarm bells should be going off,” he continued, quoting James Madison from The FederalistNo. 47, as well as Montesquieu. “The whole point of separating the federal government’s powers in the first place was to protect individual liberty.”

The government cannot be faulted for arguing for deference. But judges should be faulted for accepting the government’s argument. How is it fair in a court of justice for judges to defer to one of the litigants? In essence, the argument boils down to this—the government is populated by experts and when they speak we should tip the scales of justice in their favor. Such deference is found nowhere in the Constitution—the document to which judges take an oath. And allowing such deference would allow the same agency to make the rules and interpret the rules. As noted above, this is contrary to any notion the founders had of separation of powers.

“And while it is true that Congress can provide checks on the agencies, this does not relieve the judiciary from also performing its role. Indeed, the founders envisioned a combined system of checks and balances,” Thapar concludes, citing Madison again, this time in The FederalistNo. 51. “But if the judiciary checks out, so to speak, then the system the founders envisioned crumbles.”

The second Supreme Court doctrine highlighted by the Trump judges is the Chevron deference, from Chevron USA v. Natural Resources Defense Council. The Court held in that 1984 case that if an agency is responsible for implementing a federal statute, and that if the statute is ambiguous on a certain point or silent on the issue, then federal courts should defer to the agency’s interpretation of the statute so long as that interpretation seems reasonable.

Justice Neil Gorsuch is on record as a sharp critic of Chevron, and Justice Brett Kavanaugh has expressed concerns as well.

Add Judge James Ho of the U.S. Court of Appeals for the Fifth Circuit to that list. Ho wrote a concurring opinion in a charter school case where lawyers were arguing about whether to defer to the National Labor Relations Board (NLRB) on the question of if the law administered by that agency, the National Labor Relations Act, applies to charter schools. That federal statute does not apply to states or their political subdivisions, including school districts, so the issue was whether charter schools are like public schools for purposes of the law.

“Charter schools are unambiguously private organizations, not political subdivisions. So I disagree with the Board’s request for deference to the extent that it claims the power to reach the opposite result in another charter school case,” Ho begins. “I therefore write separately to make clear that, by affirming the Board’s decision today, I do not bless the Board’s discretion to take the opposite view tomorrow.”

“Even in the age of Chevron, deference is not a blind commandment. Federal agencies must enforce the law as written by Congress,” the judge declares.

“But under Chevron, we owe deference only to agency interpretations of ambiguous statutes,” Ho continues. “So when an agency invokes Chevron deference where it does not belong (because the relevant statutory text is not ambiguous), it is not deferring to Congress’s exercise of legislative authority, but rather doing exactly the opposite.”

There is no ambiguity here. Charter schools that are privately opened and privately operated by privately chosen board members are unambiguously private entities, not political subdivisions. Accordingly, Congress has directed that those workplaces shall be subject to collective bargaining under the Act. Chevron affords the Board no authority to alter this determination. Under Chevron, only Congress has that power.

“Congress has the power to make laws, and courts have the power to interpret them,” the Trump appointee adds. “And the separation of these respective powers from one another, and from the Executive, is an essential principle of our Founding vision.”

“Indeed, it is the consolidation of legislative and judicial power in executive agencies that has caused Chevron to be called into question by various Justices,” continues the judge, quotes various Supreme Court opinions.

As Justice Clarence Thomas opined in a concurrence in Michigan v. EPA(2015):

We most often describe Congress’ supposed choice to leave matters to agency discretion as an allocation of interpretive authority. But we sometimes treat that discretion as though it were a form of legislative power.

Quoting The Federalist No. 47, just like Thapar, Ho then explains:

Our Founders did not separate power for its own sake, but to preserve liberty. Because the only way to preserve liberty is to constrain the exercise of power. So we separate power to limit power. By diffusing power across the three rival branches of government, we make it difficult for government to gang up on the citizen. For the Founders well understood that “‘[t]here can be no liberty where the legislative and executive powers are united in the same person, or body of magistrates,’ or, ‘if the power of judging be not separated from the legislative and executive powers.’”

Accordingly, the Constitution divides power among the three branches, and requires government to run the gauntlet in order to exercise the coercive power of the sovereign. First, lawmaking is located where it is most politically accountable, as it should be—in the hands of legislators elected by the people. Second, law enforcement is separated from lawmaking, to avoid mob rule—in a separate branch of government under the authority of executive officials accountable to the President. Third, we subject government action to review for legality by a judiciary that is independent of the other two branches.

The fact that Thapar is the son of Indian immigrants and Ho is an immigrant from Taiwan is considered yet another mark in President Trump’s favor among those who put stock in racial politics, as these two racial minorities are from ethnic groups many people expect to support liberal policies. And regardless of ethnicity, Thapar is 49 years old, and Ho is age 45, meaning that their views could impact the law for decades to come.

Key parts of President Trump’s Make America Great Again (MAGA) agenda turn on scaling back the reach of vast legions of unelected and politically unaccountable agencies and bureaucrats. Between Gorsuch and Kavanaugh’s bringing to the Supreme Court their skepticism of deferring to the government, and judges like Thapar and Ho flooding the lower courts, the president and Senate Republicans are quickly building a judiciary that may yet impose meaningful limits on federal power.

The second case is Voices for International Business and Education v. NLRB, No. 17-60364 in the U.S. Court of Appeals for the Fifth Circuit.