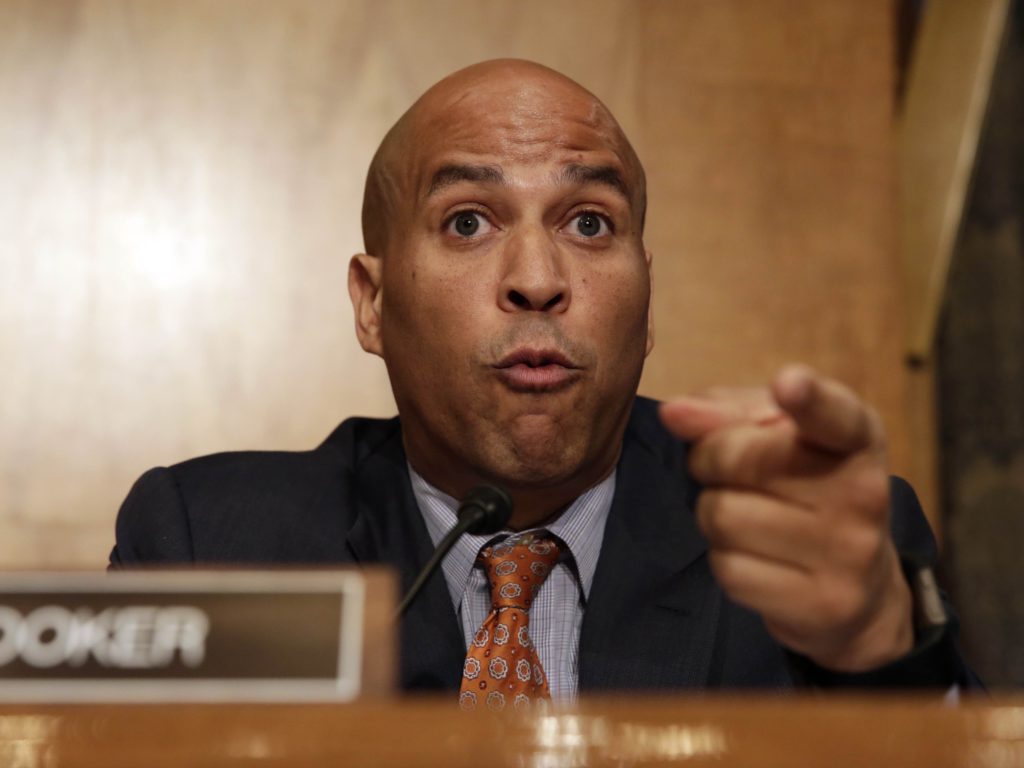 .@POTUS on Sen. @CoryBooker: “He ran Newark, New Jersey, into the ground and now he wants to be president.” https://t.co/Hb6tsSeyTI pic.twitter.com/3MhSfSSydA

“How ’bout Cory Booker? Did you watch his performance?” the president said of the Senate Judiciary Committee Democrat’s grandstanding during Supreme Court nominee Brett Kavanaugh’s confirmation hearings. “He ran Newark, New Jersey, into the ground and now he wants to be president, right?”

“What was the moment he said he had?” President Trump asked the fired-up crowd, to which attendees shouted “Spartacus” in reply. “I don’t think so!” the president said, adding, “I think we take Kirk Douglas in his prime,” the lead actor in Stanley Kubrick’s 1960 feature film Spartacus. “He ran Newark into the group and now he’s acting like ‘oh he’s so wonderful, he’s so great.”

“I dream of these people every night!” President Trump said of the 2020 Democrat hopeful.

President Trump’s reference to Spartacus refers to Booker threatening to release pre-approved documents regarding Kavanaugh’s past on the third day of the judge’s confirmation hearings.

“I am right now, before your process is finished, I am going to release the email about racial profiling, and I understand the penalty comes with potential ousting from the Senate,” Booker said before the panel. “This is about the closest I’ll ever have to an ‘I am Spartacus’ moment.”