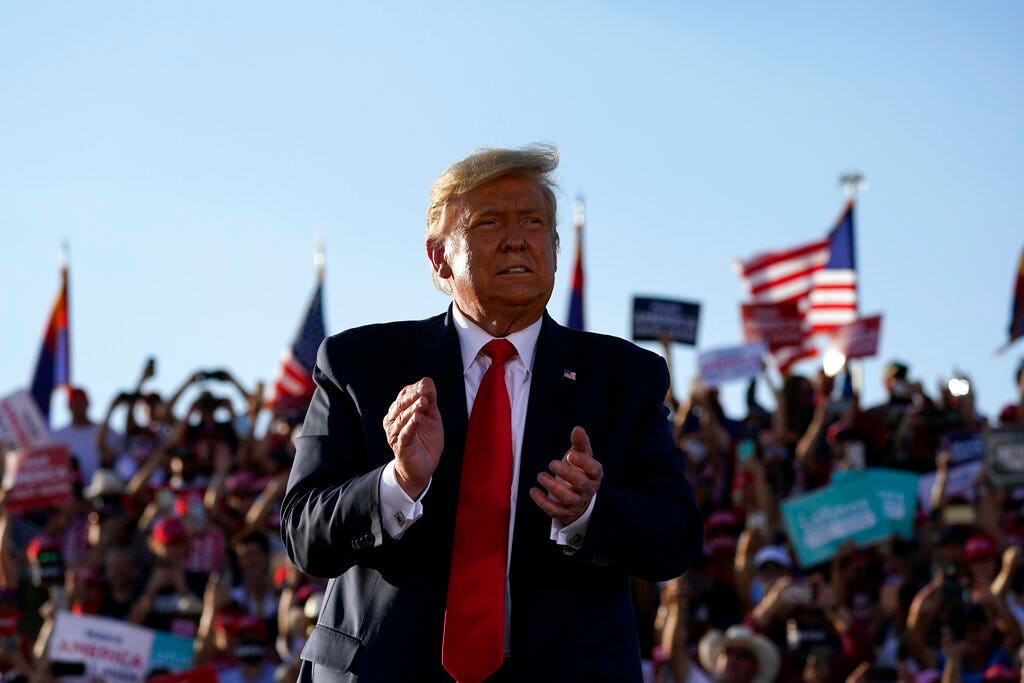 With the November election exactly two weeks away, President Trump is continuing his tour of the pivotal battleground states with a campaign stop in Pennsylvania, where he’s currently trailing Democratic rival Joe Biden.

Trump’s rally in Erie, Pa., comes just two days before the candidates will face off for the second and final presidential debate on Thursday night, which will be moderated by Kristen Welker of NBC News.

Like the first debate, each candidate will be allotted 2 minutes of speaking time to answer the moderator’s questions; but under a new plan announced Monday by the Commission on Presidential Debates, during that portion of the debate, the opposing candidate’s microphone will be muted.

Here’s what you need to know about the presidential campaigns and how they’ll be spending Tuesday, Oct. 20, 2020, just 14 days away from the election.

Trump is slated to travel to Pennsylvania on Monday afternoon for a rally in Erie, where he’ll be joined by first lady Melania Trump.

Pennsylvania, which Trump narrowly carried in 2016 against Hillary Clinton, is crucial to winning the White House.

A RealClearPolitics average of polls shows Biden with a 3.8 percentage point lead in Pennsylvania.

Biden has no campaign appearances as he prepares for Thursday’s debate.

Pence has no campaign appearances.

The California senator is being dispatched to Wisconsin on Tuesday, the first day of early voting in the state. Harris will participate in a virtual Milwaukee rally before a Biden for President fundraising event later in the evening.