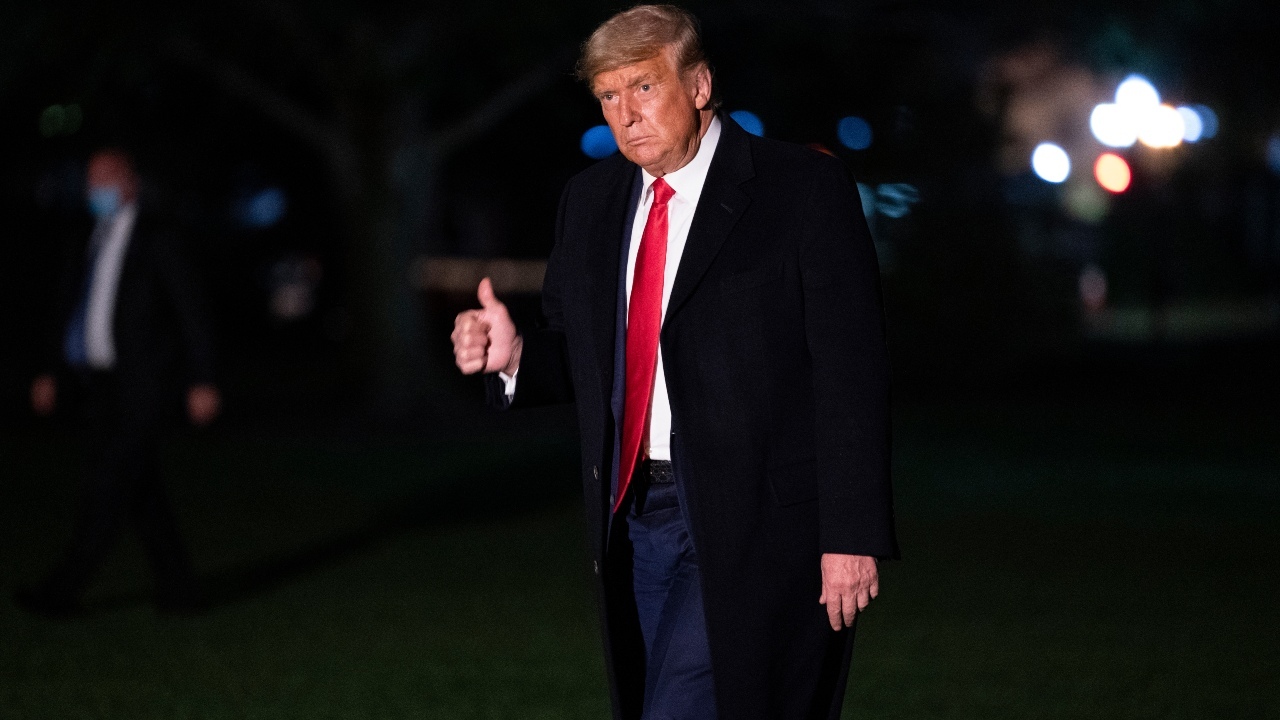 President Trump will join “Fox & Friends” for an exclusive interview Tuesday at 8 a.m. ET, two weeks out from Election Day.

The president is likely to cover a wide range of issues, from the state of the election race to recent reports about Joe Biden’s son Hunter.

In a call on Monday, Trump predicted victory on Nov. 3 and touted the campaign’s performance in a number of key battleground states.

“We’re going to win,” Trump said. “I wouldn’t have told you that two or three weeks ago. … I am more excited today than I was two weeks ago.”

While public polls show Trump behind Joe Biden nationally, battleground states are somewhat tighter, and the Trump campaign says its internal polling shows a clear path to victory over the Democratic rival.

Trump is also likely to touch on the ongoing response to the coronavirus crisis, as well as his personal battle with the disease.

Earlier this month, the president tested positive for COVID-19 and was hospitalized at Walter Reed National Military Medical Center for several days before returning to the White House.

“Two weeks ago, I was in the hospital, and people were shocked that I came out so fast and so healthy — it’s not the easiest thing to do, folks,” he said.

In a Monday call, Trump hit out at Dr. Anthony Fauci, the National Institute of Allergy and Infectious Diseases director, and said that the American people “are tired of COVID.”

“People are tired of hearing Fauci and all these idiots, these people,” Trump said. “Fauci, he’s a nice guy, he’s been here for 500 years.”