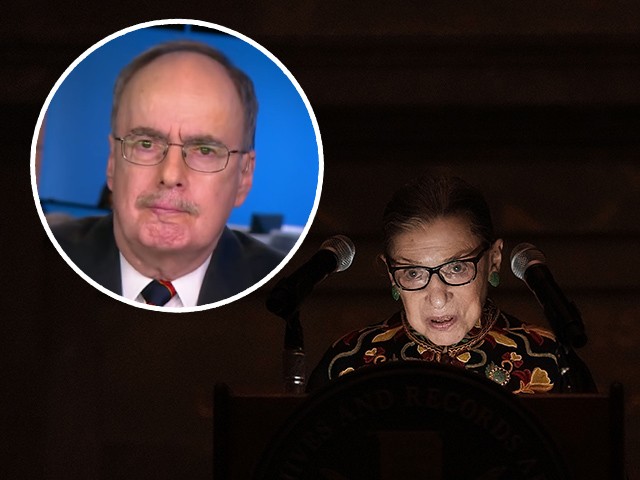 Former Politico columnist Roger Simon would like to trade away precious days of his own life to save ailing Supreme Court Justice Ruth Bader Ginsburg.

In yet another one of those tweets that reveals just how loony and extremist the establishment media truly are, the far-left columnist wrote: “If it were possible, would you subtract one day off your life and add it to Ruth Bader Ginsburg’s life for one extra day of good health? If just 10,000 people did this, it would add 27 productive years to her life.”

If it were possible, would you subtract one day off your life and add it to Ruth Bader Ginsburg’s life for one extra day of good health? If just 10,000 people did this, it would add 27 productive years to her life. pic.twitter.com/RurqFmWZGp

Naturally, before becoming Politico‘s chief columnist, like most left-wing columnists, Simon first disguised himself as a straight news reporter for years, even as a White House correspondent.

And now… And now…

Here he is, willing to trade away precious days of his own life, and asking others if they would give up irreplaceable time that normal people would use to spend with family and loved ones, to save, uh — not a child with cancer who will never get the opportunity to start living, but an 85-year-old woman who has lived a full and rich life.

Everything with these freaks is politics, everything… Simon doesn’t care about Ginsburg the woman, the person, the mother and grandmother. He only cares about keeping her left-wing influence on the court, especially with the prospect of the Bad Orange Man replacing her.

And if Trump does replace her, Simon and his ilk know he will not be bullied into replacing her with a left-leaning judge or a moderate (but I repeat myself). Media outcry be damned, he will replace her with another Brett Kavanaugh, and after the 2016 midterm elections expanded Republican Senate majority, that pick will be confirmed.

What’s more, after the ugliness of the Kavanaugh confirmation backfired on the media and Democrats, it will be almost impossible to stop Trump’s next Supreme Court nominee with their fabricated lies.

Simon knows this, and it drives him and his fellow leftists crazy. Democrat ideas, like abortion, unfettered illegal immigration, and same-sex marriage cannot win at the ballot box, so all the left has is the court, and the thought of losing the Supreme trump card for a generation drives them over the edge…

In fact, the thought of this drives them so crazy they are willing to trade the most priceless day of their life, the last day they would have to hold their wife and hug their children, to spite the Bad Orange Man.

The media is not a cult, y’all… Definitely not a cult.

You almost have to feel sorry for people this miserable.