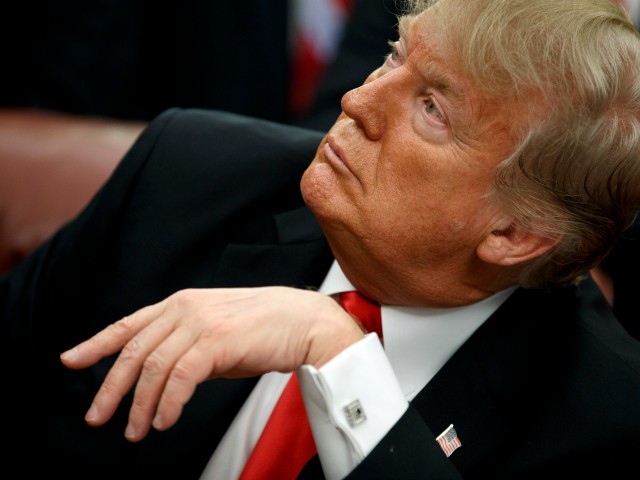 The major networks will join CNN in broadcasting the response after Democrat leaders called to be given “equal air time” after networks agreed to air President Trump first address to the nation. It is still unclear which Democrat lawmaker will deliver the response.

Tonight @CBS will air Democrats response to President Trump’s prime-time Oval Office address. Dems demanded equal airtime to respond to what they argue is a “manufactured crisis at the border.” @CBSThisMorning pic.twitter.com/82g2EsYpTT

According to The Hill, Fox News and Fox Business also said that they will broadcast the response, but have not yet indicated if they will air the speech live.

Earlier Monday, House Speaker Nancy Pelosi (D-CA) and Senate Minority Leader Chuck Schumer (D-NY) called on the networks to give Democrats an opportunity to respond to the president’s address highlighting the need for increased border security. “Now that the television networks have decided to air the President’s address, which if his past statements are any indication will be full of malice and misinformation, Democrats must immediately be given equal airtime,” the Democrat leaders wrote in a joint statement.

President Trump’s address will be followed by his visit Thursday to the U.S.-Mexico border to “meet with those on the front lines of the national security and humanitarian crisis.”

The Trump administration is considering declaring a national emergency to allow the president to construct a wall on the Southern border without Congress. Vice President Mike Pence has been tasked in securing $5 billion in wall funding in negotiations with Democrat congressional aides as the government shutdown entered its third week.