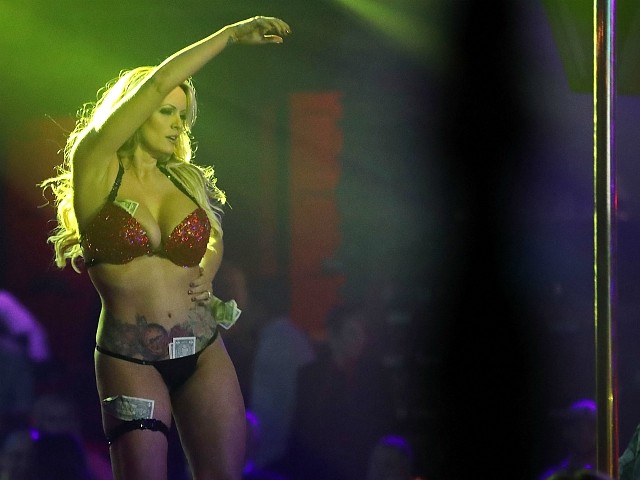 “I had no idea what I was getting myself into,” she complained. “Nor would I realize what a huge impact the circus would have, not only on my life, but the rest of the world.”

“I write the script down, I do the budget, I do the shoot schedule, I pick out the wardrobe,” she told the audience. She added, “I’ll probably never leave the adult film industry,” and that she was only taking “an unofficial break.”

She called politics “a much dirtier job than [mine].”

About her embattled attorney, Daniels said of domestic abuse allegations pending against Avenatti, “If the allegations turn out to be true, then I will definitely be seeking new representation.”

Adult film star Tasha Reign said that in November of 2017, “I was sexually assaulted by one of [Stormy Daniels’] crewmembers. He groped and grabbed me from behind.”

After she told Daniels about the incident, Daniels shamed her. “You probably made him cry. He’s crying right now,” is what Reign claims Daniels said to her.

Daniels’ attacks on President Trump have largely backfired. Not only is the public disinterested, due to her failed defamation suit, she now owes the president thousands of dollars in attorney’s fees.