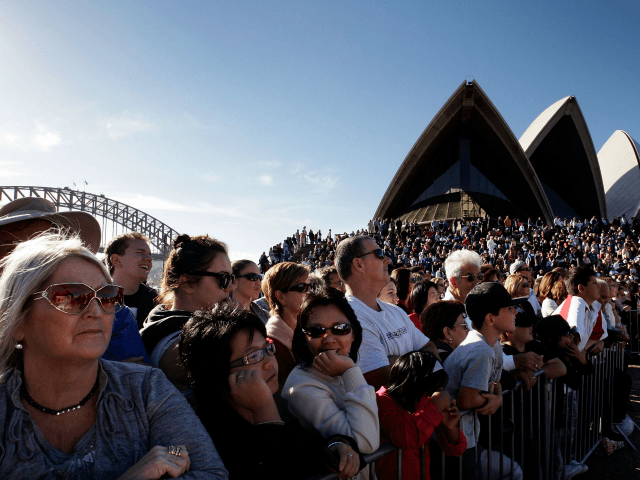 A major cut in Australia’s migrant intake has been promised by Prime Minister Scott Morrison who says the country’s major cities have buses, trains and schools that “are full.”

Mr. Morrison delivered a speech in Sydney on Monday night pledging he heard voters who are concerned about the human tide flooding the nation’s major capital cities, including Sydney and Melbourne.

“Population growth has played a key role in our economic success. But I also know Australians in our biggest cities are concerned about population,” he said.

“They are saying ‘Enough, enough, enough’. The roads are clogged, the buses and trains are full. The schools are taking no more enrolments. I hear what you are saying. I hear you loud and clear.”

The Sydney Morning Herald reports Mr. Morrison will now ask state leaders to create their own population plans and will address issue at the next Council of Australian Governments meeting on December 12.

“The old model of a single, national number determined by Canberra is no longer fit for purpose,” Mr Morrison said.

“My approach will be to move away from top-down discussions about population to set our migration intake caps. I anticipate that this will lead to a reduction in our current migration settings.”

The leader of the conservative Liberal coalition government cited the cost/benefit of allowing migrants to move to major cities against the stress that places on existing infrstructure. It is an observation previously made by critics of Australia’s mass immigration programme:

According to a Fairfax Media Ipsos poll, support for an increase in Muslim immigration dropped from 23 percent to a bare 14 percent between October and November this year, the Australian Financial Review reports.

The latest changes being mooted could lower Australia’s overall annual immigration target from its cap of 190,000 down to less than 150,000.

This would conform with another poll published in June that showed most Australians want an end to mass immigration as the country’s soaring population is set to bounce above the 25 million mark.