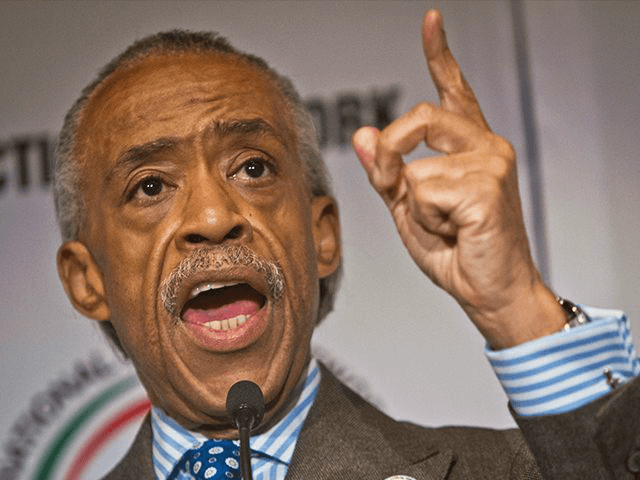 Friday on MSNBC’s “Deadline,” Al Sharpton said President Donald Trump’s supporters are like people who “would go to church and then go to the lynching after clothing themselves in morality.”

When host Nicolle Wallace asked why the president is graded on a curve, Sharpton said, “Because I think that we’re dealing with a bully and he’s been able to make people defensive that ought not be defensive. They ought to be on the offense. And we need to stop apologizing for calling out what it is. What he is doing is outrageous. When he mentions Adam’s article about the lynchings, let’s not forget these people would go to church and then go to the lynching after clothing themselves in morality. And that’s what we’re seeing today.”

He added, “When Susan Collins can stand there after this man mocked Al Franken last night, he not only has mocked Dr. Ford, he takes it upon himself to mock people, if it’s the Me Too protesters, his whole thing is bully, bully, bully, and then he acts like he’s doing it for the people. The people, the man inherited $413 million from his father and told the people I’m one of you. Nobody that is cheering him has that kind of background. We need to start standing up to Donald Trump and not be intimidated and not be defensive.”