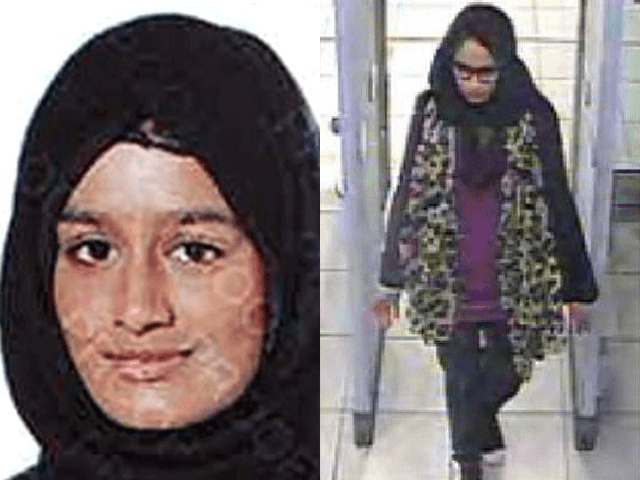 One of Britain’s leading right-leaning newspapers has published a bizarre, glamour-style photo shoot of Shamima Begum, an Islamic State defector accused of sewing terrorists into bomb vests, in an article and on social media.

The Telegraph, once one of Britain’s most staunchly conservative broadsheets, but increasingly prone to pushing left-progressive content, such as a recurring article encouraging husbands to let their wives cheat on them for Christmas, struck the tone of a tabloid or a celebrity gossip magazine in a four-part picture thread on Twitter. Gushing that “Today Shamima Begum looks more suited to a shopping trip on Oxford Street than life in a camp for hardened jihadists”, the paper riffed off her new look, complete with uncovered hair and Western clothes.

Begum, born in Britain to two Bangladeshi migrants, was stripped of her British citizenship as Islamic State diehards began attempting to trickle back to the United Kingdom in the caliphate’s dying days — a move the Home Secretary is able to make against British citizens with dual nationality or eligibility for nationality in a third country.

There are many such cases — and many ISIS defectors who have made it back to Britain, successfully, often without any charges being brought against them — but it is Shamima Begum who has dominated the headlines.

Having left for Syria aged 15 and being pregnant when the media first turned the cameras on her, people who support bringing jihadist defectors back to Britain appear to consider her the most sympathetic figure among their ranks — certainly more sympathetic than, for example, ‘Jihadi Jack’ Letts — a white male defector who was able to be stripped of his British citizenship due to his being a dual national of Canada.

Reports suggest Begum was not the simple “housewife” she claims to have been in the Islamic State’s heyday, however, but a fanatic who helped to recruit for the caliphate online, “literally stitching the vests” onto suicide bombers, and “allowed to carry a Kalashnikov rifle and earned a reputation as a strict ‘enforcer’ of [the Islamic State’s] laws, such as dress codes for women”.

🚨 EXCLUSIVE: Shamima Begum seen in make-up and Western clothes as she seeks break with IS past.

Tracked down by the Telegraph, the one-time London schoolgirl declined to be interviewed, but agreed to pose for photographs.https://t.co/JQXTFYPdle pic.twitter.com/1WTkiA0nFX

“With her straightened hair and Western clothing, Ms Begum today looks nothing like the niqab-clad teen who became the poster child for Britain’s so-called ‘Isil brides’,” the Telegraph notes — with the use of “so-called” being slightly not, as their is no question that Begum and women like her were indeed the brides of jihadist fighters.

She declined to be interviewed by the newspaper, citing legal advice — previous media outings have done the defector more harm then good, as when she said that seeing the severed heads of the caliphate’s victims in bins “didn’t faze me at all” — but posed for them wearing sunglasses and a slight smirk at various locations around the Kurdish-run camp where she is currently based.

The newspaper quoted Harvard academic Vera Mironova as saying she did not “think” the change in appearance was “a strategy” to try and return to the West, suggesting that “a woman who is pro-ISIS wouldn’t take [the Islamic veil] off to get repatriated”.

Social media users seemed less convinced by Begum’s transformation, however, with many comparing it to a staged photograph in which she posed with a British flag cushion in the background earlier this year — widely considered to be a stunt intended to curry favour with judges ahead of a hearing on her attempts to return to Britain.

ISIS Bride Vows Son ‘Will Grow Up to Be a Jihadist’ as Crumbling Caliphate Evacuated https://t.co/eO75y6pRU9