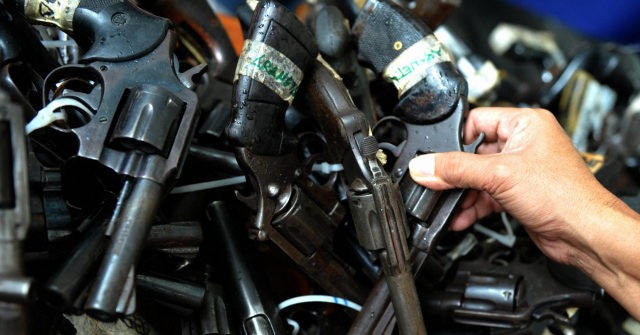 Republican senators are facing pressure from Democrats, establishment media, and other gun controllers now that numerous gun control bills have been introduced, all in hopes of securing the necessary anti-Second Amendment votes.

The Hill reported that Brady PAC Director Brian Lemek reacted to the House vote by claiming, “We have a slim gun violence prevention majority, but we have the majority, which we know includes eight Republicans.”

The New York Times also referenced Lemek, noting his intimation that the Brady PAC is ready to spend “upwards of $10 million” in the next election cycle in support of those who vote for gun control.

Sen. Richard Blumenthal stated he is already talking to Republican senators, trying to find the ten who will be needed to pass the gun control measures.

Blumenthal is trying to up the ante on Republicans by urging them to talk to families of victims of gun crime. He said, “The most powerful advocates for change are the people who have personal stories to share about how a background check could have saved someone they love — that’s who my Republican colleagues have to answer to.”