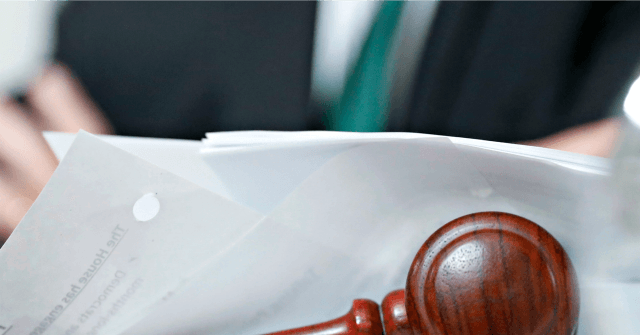 The Senate Commerce Committee has scheduled a hearing for Nathan Simington, Donald Trump’s nominee for Federal Communications Commission (FCC) commissioner, a crucial appointment in the battle against Big Tech censorship.

The Senate Commerce Committee will convene a hearing on Simington’s nomination a week after the election, on Tuesday, November 10.

Simington’s nomination comes at a critical moment for the FCC, which is set to move on a petition brought before it as part of President Trump’s executive order on social media censorship.

The petition, drafted by the acting assistant secretary for communications and information, Adam Candeub, calls on the FCC to introduce a rulemaking change to Section 230 of the Communications Decency Act, the law that social media companies have relied on to justify wide-ranging censorship of users on their platforms.

In the wake of Facebook and Twitter’s decision to censor a bombshell story from the New York Post that shed further light on ties between the Biden family and the Ukrainian energy giant Burisma, FCC chairman Ajit Pai said he supported the move to clarify Section 230.

In his statement, Pai said:

As elected officials consider whether to change the law, the question remains:  What does Section 230 currently mean? Many advance an overly broad interpretation that in some cases shields social media companies from consumer protection laws in a way that has no basis in the text of Section 230.  The Commission’s General Counsel has informed me that the FCC has the legal authority to interpret Section 230.  Consistent with this advice, I intend to move forward with a rulemaking to clarify its meaning.

This brings an end to weeks of simmering controversy in the Republican base, some of whom had begun urging conservatives to phone the offices of Sen. Roger Wicker (R-MS), calling on him to schedule Simington’s nomination.

Pai will need the support of two other members of the FCC to move forward on clarifying Section 230. The FCC has five members — two Democrats, two Republicans, and the chairman.

One of the Republican commissioners, Brendan Carr, supports the clarification of Section 230.

The other, Michael O’Rielly, has expressed skepticism — but his term expires at the end of the year, when, if the Senate Commerce Committee approves the nomination, Simington will replace him.

Allum Bokhari is the senior technology correspondent at Breitbart News. His new book, #DELETED: Big Tech’s Battle to Erase the Trump Movement and Steal The Election, which contains exclusive interviews with sources inside Google, Facebook, and other tech companies, is currently available for purchase.