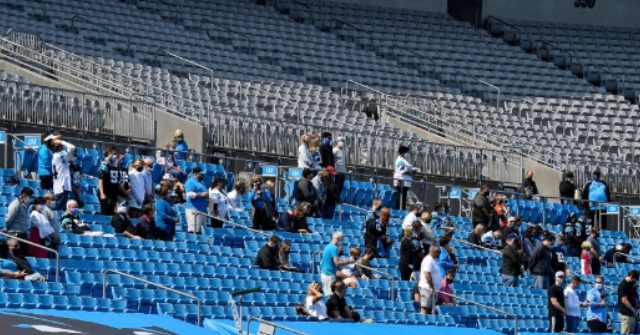 The Carolina Panthers surprised fans Sunday with an early voting booth as the team opened up Bank of America Stadium for the 5,200 fans it let in to see the game.

The team opened its early voting booth starting at 1 p.m. allowing citizens registered to vote in Mecklenburg County to cast their ballot for the 2020 election. The booth was set to remain open until 5 p.m., the Charlotte Observer reported.

The team applied to the county to be one of the area’s 33 early voting locations and Friday marked its debut after being approved by election officials.

Reminder: You can vote today at the stadium from 1pm – 5pm#VoteEarly pic.twitter.com/TQUPZQchit

Big time thank you to the @Panthers for making @BoAStadium_ available for early voting here in Charlotte. Quick and easy process. Get out and vote! #KeepPounding #VOTE pic.twitter.com/QokxcVasEw

The Panthers have joined 15 other NFL teams in opening their facilities for early voting, according to the paper.

The early voting area was set up in the Luxe Lobby entrance located at the stadium’s North Gate entrance (Graham St.), the paper said.

The Panthers lost to the Chicago Bears, Sunday, in a 23-16 final, putting a quick end to the Panthers’ three-game winning streak.