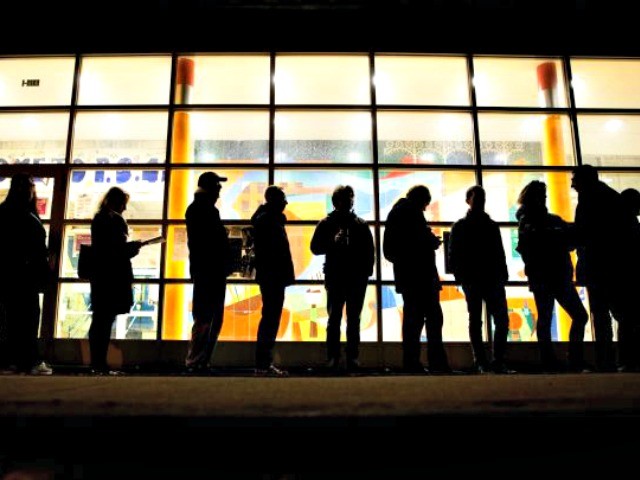 Republicans and Democrats kept questions rolling as to who will control the House after midterm election battles play out, as several polls were released Friday.

Congressional races from Maine to Texas revealed some races pulling away while others were dead tied in the polls posted to Real Clear Politics.

Maine’s second congressional district was a dead heat between Republican Rep. Bruce Poliquin and Democrat Jared Golden in two recent polls. A mid-October NYT/Siena poll found each candidate with 41 percent support with 15 percent of respondents still undecided. The two were also tied in an early October Pan Atlantic poll that put each at 37 percent support. President Donald Trump is plus ten in the district that is labeled by RCP as a tossup.

Republican Rep. Will Hurd came out fifteen points ahead of Democrat challenger Gina Ortiz Jones in a mid-October NYT/Siena poll of 488 likely Texas 23rd congressional district voters. It nearly doubled his lead from an early September poll from the same pollster.

Democrat Mikie Sherrill was up a whopping 11 points in a mid-December NYT/Siena poll of likely voters after previous Monmouth polls in June and early October showed her only four points ahead of Republican Jay Webber in New Jersey’s 11th congressional district. The spread appeared to come mostly from a drop in support for Webber. The seat is being vacated by Republican Rep. Rodney Frelinghuysen.

Republican Lena Epstein and Democrat Haley Stevens were tied 48-48 in a Target-Insyght/MIRS poll of 500 likely voters in Michigan’s 11th congressional district. A NYT/Siena poll had Stevens ahead seven just over a week earlier.