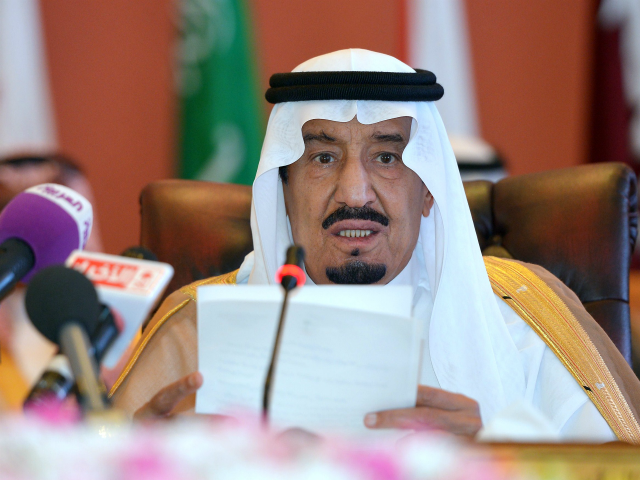 Saudi Arabia’s King Salman bin Abdulaziz is “asserting himself” to control the diplomatic fallout from the disappearance of Washington Post contributor Jamal Khashoggi, who vanished over two weeks ago after entering the Saudi consulate in Istanbul to obtain some paperwork, according to a Reuters report on Friday.

King Salman, 82, has been seen as semi-retired but still officially on the throne after swapping in 33-year-old Mohammed bin Salman as crown prince. MBS, as he is commonly known, came to power with the image of a dynamic young reformist, replacing the considerably older Crown Prince Mohammed bin Nayef.

Speculation about precisely why Mohammed bin Nayef was ejected from the position has run rampant since his ouster in June 2017. One of the stories given to other members of the royal family was that the old crown prince had become addicted to drugs after surviving an assassination attempt in 2009. Another theory holds he was doomed by his reservations about launching the blockade of Qatar. He might have been too close to the Americans, or not close enough.

The most obvious ramification of the crown prince replacement was that Mohammed bin Salman, who already held a remarkable number of high government positions, became the most powerful occupant of his royal office in the history of the Saudi monarchy. This was presumably meant to give him the power to implement the reform vision he touted for years, diversifying the kingdom’s economy to reduce its dependence on oil and making it more agreeable to Western investment.

King Salman seemed content at first to let MBS have his way on virtually everything, but the Khashoggi affair allegedly shook the king’s confidence in his son. According to Reuters, the king began taking a direct hand in the matter on October 11, when he sent his most trusted aide, Prince Khaled al-Faisal, to Istanbul for crisis management. In this account, it was Prince Khaled who managed to establish a joint investigation between Turkey and Saudi Arabia.

“The selection of Khaled, a senior royal with high status, is telling as he is the king’s personal adviser, his right-hand man and has had very strong ties and a friendship with Erdogan,” a Saudi source told Reuters, referring to Turkish President Recep Tayyip Erdogan.

Another source said King Salman has been “asserting himself” further over the following week, in part because the Khashoggi story spun so far out of control that it could no longer be ignored.

Reuters’ sources said the king came off the metaphorical bench because he saw the Khashoggi coverage on TV and was incensed MBS aides were keeping the news from him:

“Even if MbS wanted to keep this away from the king he couldn’t because the story about Khashoggi’s disappearance was on all the Arab and Saudi TV channels watched by the king,” one of the five sources said.

“The king started asking aides and MbS about it. MbS had to tell him and asked him to intervene when Khashoggi’s case became a global crisis,” this source said.

Other sources said MBS himself was surprised by how quickly the story blew up in the United States, having “miscalculated its repercussions,” and felt obliged to bring his father into the diplomatic mix.

The most severe immediate damage for Saudi Arabia was the demise of the “Davos in the Desert” investment conference scheduled for October 23-25. The Saudis insist the conference is going forward, but the lines for its events certainly will not be crowded, as a constellation of top corporate executives and government officials bowed out, including U.S. Treasury Secretary Steven Mnuchin.

The long-term damage is difficult to estimate, especially while the question of Jamal Khashoggi’s fate remains open. There have been calls for MBS to resign as crown prince, perhaps most prominently by U.S. Senator Lindsay Graham (R-SC), who called the prince “toxic” and a “wrecking ball.”

Historian Madawi al-Rasheed wrote a long argument at the New York Times on Thursday for replacing MBS as soon as possible, arguing that Khashoggi’s alleged murder was just the latest example of the crown prince’s impulsiveness and paranoia, others being Saudi Arabia’s intervention in Yemen and the Saudi spat with Canada.

As Rasheed pointed out, it is not difficult for the king to sack a crown prince, because that is how Mohammed bin Salman got the job a year and a half ago. Rasheed suggested Prince Mutaib bin Abdullah, who has a softer touch than MBS or former Crown Prince Nayef and might be best positioned to heal divisions within the royal family.

More urgently, Rasheed proposed the massive structural change of implementing a constitutional monarchy and creating a parliament that would approve royal appointments in the future.

“In the past, citizens and some royals have sought rudimentary forms of political representation but calls for constitutional monarchy have landed its proponents in prison. There is little hope of change,” Rasheed conceded, adding that the Khashoggi crisis might present a rare window of opportunity for the U.S. and other allies to push the Saudi king into accepting the most radical of reforms.