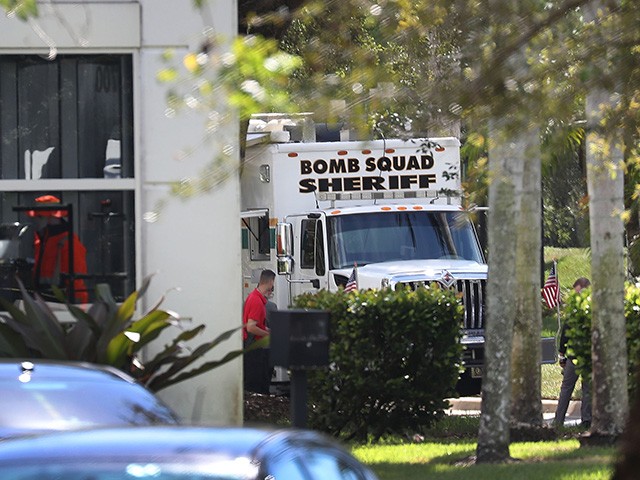 An emerging report states federal authorities have arrested a man in Plantation, Florida in connection to a series of apparent mail bombs sent to prominent Democrats and progressive activists.

NBC says the individual is in custody for questioning and will face charges in connection to the attempted attacks.

Fox News’ Rick Leventhal reports the suspect is a 56-year-old white male and has prior arrests for terroristic threats. Further, reports say the man is a former New York City resident. FBI agents have taken possession of a white van believed to belong to the suspect.

A DOJ spokeswoman has confirmed the initial reports but will not clarify whether there was an arrest.

BREAKING: Man arrested in Florida will face charges in connection with wave of pipe bomb packages across the US, federal sources tell @PeteWilliamsNBC.

DEVELOPING: A man has been taken into custody in Florida for questioning as part of the pipe bomb packages investigation, law enforcement sources tell @NBCNews – @PeteWilliamsNBC

We can confirm one person is in custody. We will hold a press conference at the Department of Justice at 2:30pm ET.