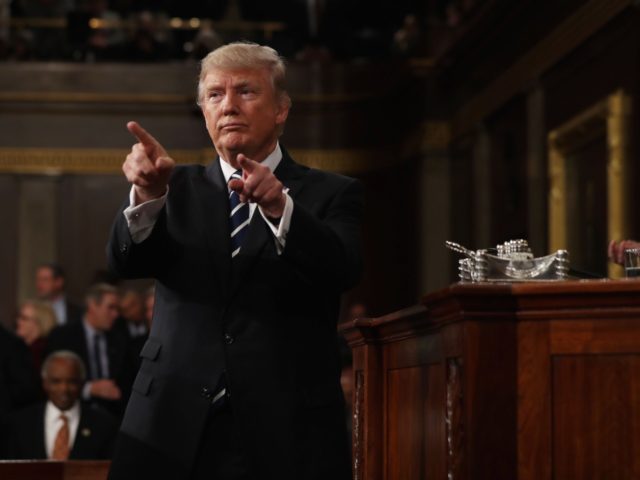 Back in 2016 when Donald Trump declared in a speech at the New York Economic Club that his economic plan would create 25 million new jobs over the next decade, many economists scoffed.

After years of economic expansion, even a sluggish one, the idea that the economy could add the 208,000 jobs each month needed to hit that goal struck many as far-fetched. Many thought we would be lucky if job creation kept up with population growth, creating around 90,000 jobs per month.

But the economy is outperforming expectations–and helping President Trump fulfill his job promise.

During the course two years of the Trump presidency, the economy has added 4,879,000 jobs. That puts Trump just 121,000 jobs behind being exactly on target to create 25 million jobs over 10 years, a 2.48 percent gap. As January’s numbers demonstrated, that could be made up in a single month.