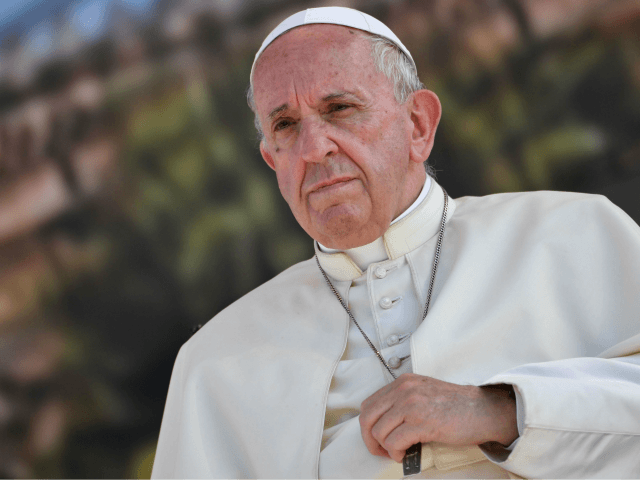 According to one of Pope Francis’ closest advisers, the pontiff has not answered allegations by a former Vatican ambassador that he seriously mishandled the case of serial abuser Theodore McCarrick to avoid feeding his accuser’s “megalomania.”

Víctor Manuel Fernández, archbishop of La Plata, Argentina, and a close personal friend of the pope, said in an interview Monday that the pontiff’s strategy of silence regarding allegations against him stems from his policy of not feeding people’s craving for attention.

Pope Francis “always said that it is not advisable to defend himself from people who seek the limelight, because it would give them what they seek and feed their megalomania,” Fernandez said. “I guess that criterion applies in this case.”

On August 25, the former papal nuncio to the United States, Archbishop Carlo Maria Viganò, published an 11-page “testimony” in which he claimed that Pope Francis had reinstating Cardinal Theodore McCarrick to a position of prominence despite direct knowledge of McCarrick’s serial homosexual abuse against seminarians and priests.

The archbishop alleged that Pope Benedict XVI had imposed sanctions on Cardinal McCarrick in 2009-2010 forbidding him from traveling, celebrating Mass in public, or participating in public meetings, but that Pope Francis later lifted these sanctions and made McCarrick a close personal advisor with a hand in the naming of future American bishops.

Archbishop Fernandez, believed to be the ghostwriter of the pope’s most controversial publication, the apostolic exhortation Amoris Laetitia, said Monday that Archbishop Viganò is psychologically unwell and should not be listened to.

Fernandez also criticized the growing number of American bishops who have stated that Viganò’s allegations should be treated as credible and thoroughly investigated.

“It is remarkable that there are bishops who do not try to keep their distance from someone who is out of his mind,” Fernandez said. “You can see that there are ideological obsessions more powerful than sanity.”

The president of the U.S. Bishops Conference (USCCB), Cardinal Daniel N. DiNardo, is one of those who called for an investigation and traveled to Rome to request the Pope Francis initiate an inquiry into the allegations. After meeting with the pope, DiNardo returned to the U.S. chastened and empty handed.

Before traveling to Rome, Cardinal DiNardo declared in a statement that Archbishop Viganó’s bombshell report “brings particular focus and urgency” to the examination by the USCCB of the grave moral failings of bishops.

The questions raised “deserve answers that are conclusive and based on evidence. Without those answers, innocent men may be tainted by false accusations and the guilty may be left to repeat the sins of the past,” DiNardo said.

Pope Francis has adopted a strategy of silence in the face of the accusations against him, urging journalists to do their job and investigate the story but refusing to answer their questions.

For his part, Archbishop Fernandez has blamed conservative media for giving space to Viganò’s allegations, when they should have simply ignored them.

Shortly after the publication of the allegations, a journalist asked Pope Francis when he had learned about the sexual abuse perpetrated by Cardinal McCarrick. While acknowledging having read the report, the pope refused to answer the direct question and instead told the journalists present to investigate on their own.

A number of U.S. bishops have since stepped forward to express their conviction that the pope’s dodging of legitimate questions does not bring the Church closer to transparency and accountability.

Pope Francis has indirectly responded to the accusations by suggesting that Archbishop Viganò is behaving like Satan by revealing the sins of the bishops.

Satan, the “Great Accuser,” has been unleashed against the bishops of the Church, Pope Francis said in a homily last week, in a thinly veiled reference to the former papal nuncio.

The Great Accuser “roams around the earth looking for someone to accuse,” Francis said, adding that in these times “it seems that the Great Accuser has been unleashed and has it in for the bishops.”

“It is true, we are all sinners, we bishops,” he said, but the Great Accuser “seeks to unveil sins so that they may be seen, to scandalize the people.”