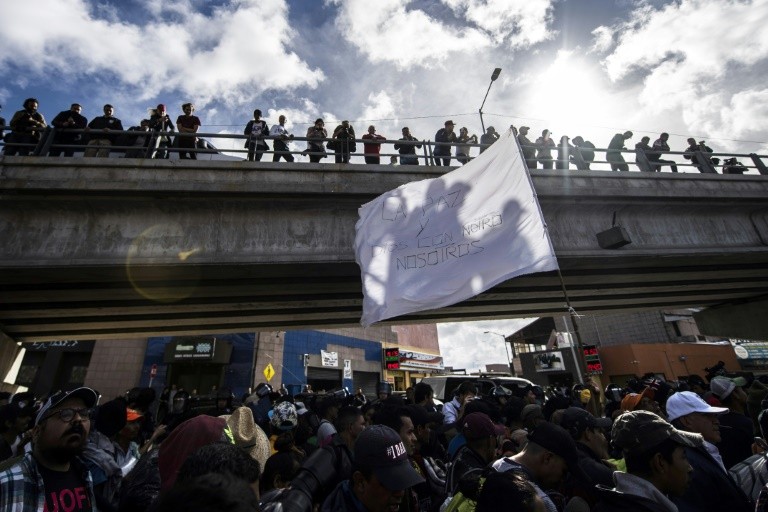 President Donald Trump has more public support for his argument that the nation is facing a border crisis than Democrats have for their claim that the nation is merely facing a “problem” on the border, according to a Morning Consult poll released Tuesday evening.

Amid the flows of migrants and drugs from Central America, 12 percent say the U.S. “isn’t facing a problem or crisis,” according to the poll, which was conducted January 4 to 6.

Trump’s “crisis” argument is backed by 72 percent of Republicans, 37 percent of independents, and 19 percent of Democrats.

The Democrats’ “problem” rhetoric is backed by 19 percent of Republicans, 37 percent of independents, and 52 percent of Democrats.

Twenty-one percent of Democrats — but just four percent of Republicans and ten percent of independents — say the cross-border flow of cheap labor and drug-smuggling is neither a problem nor a crisis.

The poll is bad news for Democrats, who are increasingly claiming there is no border crisis that President Trump can cite to declare a national emergency and then build a border wall with unspent funds.

Just to be clear: there is no basis to declare a national emergency. https://t.co/ZrfjzqdZR6

However, a series of lawyers admitted to establishment media outlets that existing laws provide Trump with the legal authority to build a wall after declaring a national emergency.

Left-lawyers admit past Congresses gave Trump emergency powers which he can use to build a wall with federal funds. Ooops. Next: Dems will argue that migrant/drug crisis is not a real crisis b/c Dems & biz are OK with it. https://t.co/sNoDj7Qc1w