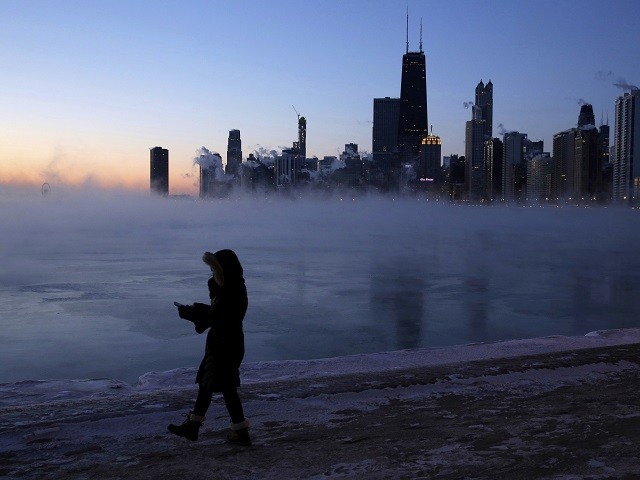 (AP) — Power outages and natural gas interruptions were reported in parts of the Midwest Wednesday as bitterly cold weather conditions wreak havoc across the region.

Illinois’s ComEd says crews have restored power to more than 42,000 customers and are working to restore another 9,400 as double-digit subzero temperatures hit the state.

The cold struck Chicago transportation Wednesday morning too, with more than 1,600 canceled flights and limited rail service. The National Weather service says the actual temperature was 23 below zero at Chicago’s O’Hare International Airport. Wind chills in northern Illinois were as low as 57 below in Rockford.

Officials have warned against venturing out into the dangerously cold weather and the governor has issued a disaster proclamation.

The South Shore Line suspended its commuter rail trips Wednesday and said it expected limited service Thursday. Extreme weather conditions earlier prompted Amtrak to cancel all trains into and out of Chicago on Wednesday and most services to or from Chicago on Thursday.

Meanwhile, Minnesota’s Xcel Energy says the extreme cold has caused some customers to lose natural gas service in the Princeton area and has the utility issuing an appeal to other customers to turn down their thermostats.

Utility spokesman Matt Lindstrom says about 150 customers lost heat as temperatures dipped into the negative 20 range Tuesday night. Lindstrom says the weather is causing a strain on Xcel’s natural gas system, but he could not immediately explain how. Those affected were given hotel rooms for the night as the utility worked to restore natural gas service.

Xcel is asking customers in the area of Becker, Big Lake, Princeton and Chisago City to turn down their thermostats to 60 degrees or lower. Lindstrom did not immediately know how many customers are affected by the request.