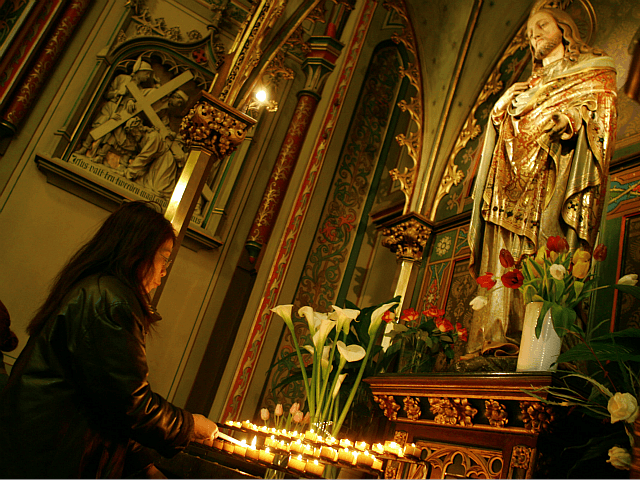 The latest generation of Americans is the “least religious” in the nation’s history, said Philadelphia Archbishop Charles Chaput over the weekend in a dour assessment of the present state of affairs.

The United States is becoming secularized at an unprecedented rate, the archbishop asserted in an address Friday evening at the Faith and Reason Institute at Gonzaga University, as studies show “American religious affiliation and practice bleeding out, especially among the young.”

“We’re becoming a much more secular nation, and in some ways, aggressively so,” Chaput said. “The generation born between 1995 and 2012 is the least religious in our country’s history. And like any time in history, many people who do have faith, live their faith as a form of nostalgia or habit or a good moral code to organize their daily lives.”

The slide away from religion, especially traditional Christian belief and practice, has a number of worrying indicators, the archbishop said, which should give all Americans pause.

“Too many don’t really understand what they believe. And too many don’t know Jesus Christ,” he said. “They have a kind of faith that can easily slide into apathy and skepticism, and disappear under pressure.  Which is exactly the reality we face now.”

The drop in church attendance and religious practice is bad for the entire country and not just a matter of concern for religious believers.

Their broader effects spell problems for society at large, since the benefits of regular church attendance — both societal and personal — “are virtually impossible to dispute,” and include greater happiness, higher income and longer life expectancy, according to a report published last January by the Colson Center for Christian Worldview.

According to John Stonestreet, the center’s president, the advantages of regular religious practice are so well documented that people would be foolish not to consider them.

Despite the somewhat grim tone of Archbishop Chaput’s recent address, he also acknowledged that there are always positive signs and reasons for hope.

“We’re still the most actively religious nation in the developed world,” he noted. “Most Americans believe in God. Most of us call ourselves Christians. And millions of Americans – actually tens of millions – honestly try to live their faith as a guide to their daily lives.”

Moreover, turning just to the flock he helps shepherd—the Catholic Church—Chaput pointed out the numerous “new renewal movements and communities, thousands of good priests and still-vigorous parishes, and some extraordinary young lay and clergy leaders.”

These words seem to find corroboration in several recent reports.

The Pew Research Center recently found that Americans are “far more religious” than citizens of other wealthy nations.

In a report published in July, Pew noted that “Americans pray more often, are more likely to attend weekly religious services and ascribe higher importance to faith in their lives than adults in other wealthy, Western democracies.”

According to every important index, Americans are much more religious than Canadians, Australians, and most Europeans, Pew said.

The United States continues to stand out for its religiosity, Pew noted, and in this regard distinguishes itself from the wealthy countries of the West.

Another report last January on religion in America found that religiosity in the United States enjoys “persistent and exceptional intensity.”

While moderate religion is indeed slipping in the United States, intense religious belief and practice, especially among Christians, is holding strong and even increasing, said researcher Glenn T. Stanton in his analysis of a study conducted by scholars from Harvard and Indiana Universities.

The secularization taking place in many advanced industrialized societies does not hold for American culture, Stanton said, and religiosity in the United States is growing ever more “exceptional” in comparison with the rest of the world.

Archbishop Chaput ended his words Friday with a call to Christian hope.

“He informs and sustains it with his Love. In seeking that love, and finding it, and living it with all our mind and heart – therein lies our joy. Therein lies our hope,” he said.