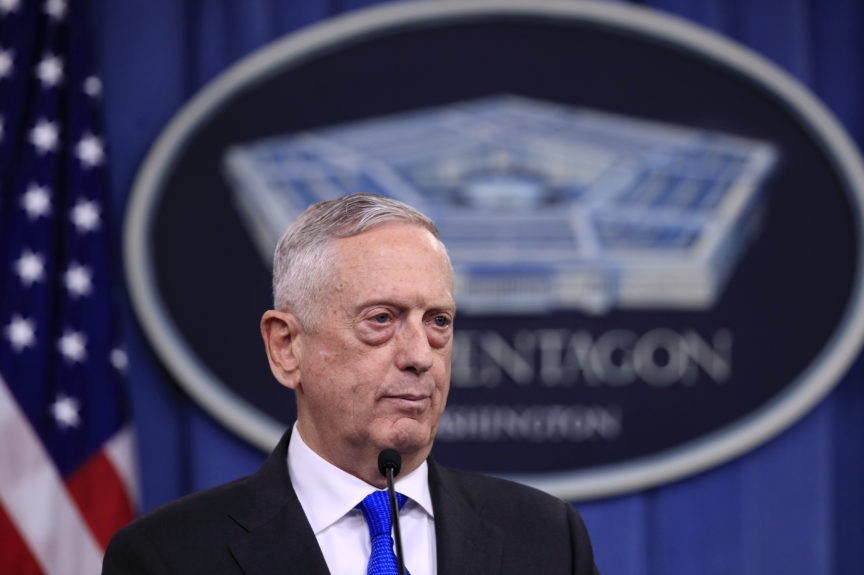 The Pentagon released the first full-scope, agency-wide financial statement audit in its history on Friday, finding that only five defense organizations out of 18 total received a clean opinion.

Two others received a “modified” opinion, while some organizations that had just started its audits within the last two years received a disclaimer, meaning they had multiple issues that needed to be fixed.

While Deputy Defense Secretary Pat Shanahan told reporters on Thursday that the Pentagon “failed” the audit, he added, “We never thought we were going to pass an audit. Everyone was betting against us that we would even do the audit.”

He called its completion a “historic accomplishment and indicates our commitment to accountability and reform.”

“We conducted the audit to facilitate transparency with Congress and the American taxpayer and to determine corrective actions to instill long-term discipline,” he said in a statement released later.

This audit is about more than financial management. It is about ensuring our military remains the most lethal fighting force in the world, across the battlefields of today and tomorrow.

To those agencies receiving a clean opinion, well done. To those who have more work to do — know that I intended the audit to detect problems. Identifying areas for improvement is the only way to ensure we craft effective solutions.

In the days and months ahead, I expect all of you to implement the corrective action plans necessary for ensuring lasting, positive change at the speed of relevance. There can be no room for complacency. Together we must uphold the trust Congress and the American people have placed in us as honorable stewards of their hard-earned tax dollars. Embrace the findings, fix the problems.

The Pentagon began the audit last December, covering $2.7 trillion in assets and $2.6 trillion in liabilities.

The Department of Defense Office of Inspector General and Independent Public Accounting (IPA) firms performed the audits, with approximately 1,200 auditors conducting over 900 site visits at over 600 locations that included military bases, depots and warehouses.

Auditors reviewed thousands of items, evaluating data for accuracy and completeness to verify counts, location, and condition of military equipment, real property, and inventory. They also tested for security vulnerabilities in DOD business systems and validated the accuracy of personnel records and actions, such as promotions and separations.

For example, Shanahan said the Navy counted ships correctly, but found that some buildings that were supposed to be on the books were not on the books. “We need to develop the plans to address the findings and actually put corrective action in place,” he said.

Auditors did not, however, report any material weaknesses for civilian or military pay, found no evidence of fraud, and said the Army, Navy, and Air Force could account for the “existence and completeness of major military equipment,” according to the Pentagon.

Mark F. Cancian, senior adviser with the Center for Strategic and International Studies’s International Security Program, said people will be disappointed to learn the audit will not include a dollar amount of potential savings.

“It’s more about making sure the Pentagon is following acceptable accounting processes,” he said. “The audit report is going to have a lot of information about incompatible IT systems, and vulnerability to cyber attack, but there’s not going to be anything in there about waste.”

One Republican member of Congress criticized the audit results as “bleak,” but said there was now an opportunity to fix problems.

“These basic accounting failures have cost our taxpayers, our men and women in uniform, and ultimately our greater national security. Now that we have a clearer picture of the failures at the DoD, we can take action to fix them, hold leadership at DoD accountable, and save important resources for protecting our country.”

Rep. Adam Smith (D-WA), who is poised to become the House Armed Services Committee Chairman next year, echoed those remarks.

“If we want to reduce defense waste, have greater transparency over defense dollars, and eliminate mismanagement, it is essential that we get the Defense Department to a position where Congress, taxpayers, and DOD itself can track and account for the money that is being used,” he said.

“The results in this report show exactly why it is so important that we continue to press forward with that effort.”

The audit can be found here.