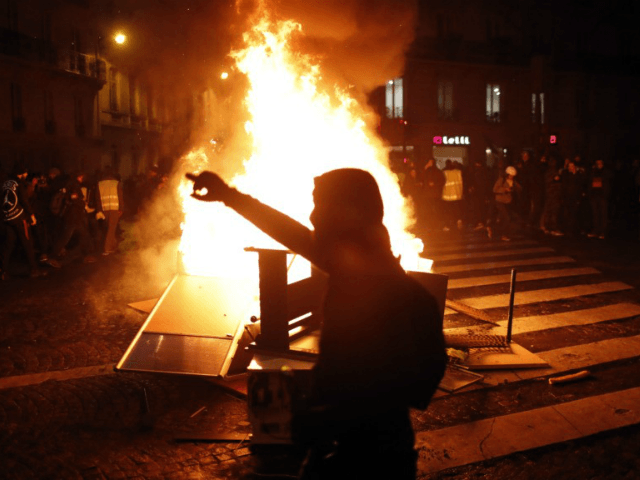 The property damage in Paris was even greater during  “Act IV” of the Gilets Jaunes (Yellow Vests) protests, despite there being fewer injuries and more arrests than the previous week.

The “Act IV” Yellow Vest protests saw the largest mobilisation of French police in years and saw well over one thousand arrested. But according to Emmanuel Grégoire, the first deputy of Paris Mayor Anne Hidalgo, the property damage in Paris on Saturday exceeded that of the previous weekend, L’Obs reports.

“With fewer barricades, there was much more dispersion, so many more places impacted by violence,” Grégoire told French media Sunday.

“There was much more damage from yesterday than a week ago,” he added, and noted the huge economic impact not only from vandalism but from businesses forced to close over fears of violence.

Mayor Hidalgo labelled the violence as “deplorable” on Saturday writing, “Tonight, I am with Parisians who lived throughout this day scenes of chaos. Dozens of traders have been victims of the rioters, in many neighbourhoods. Once again … It’s deplorable.”

One of the major differences of the Act IV protests compared to previous weeks was the spread of violence to cities outside of Paris such as Toulouse and Bordeaux.

Mayor of Bordeaux and former French Prime Minister Alain Juppé said, “Shame on the vandals, the thieves, the looters I saw last night ruin some streets of Bordeaux. We warned the Yellow Vests that they would inevitably spill over. I appeal again to their sense of responsibility.”

On Monday, President Emmanuel Macron made an address to the French nation following the last four weeks of Yellow Vest protests and made several promises including raising the minimum wage, giving tax cuts to retirees making under 2,000 euros per month, and making year-end bonuses as well as overtime work, tax exempt.

The initial reaction was negative from several figures including one Yellow Vest member who said, “If you still have respect for your people, resign.”