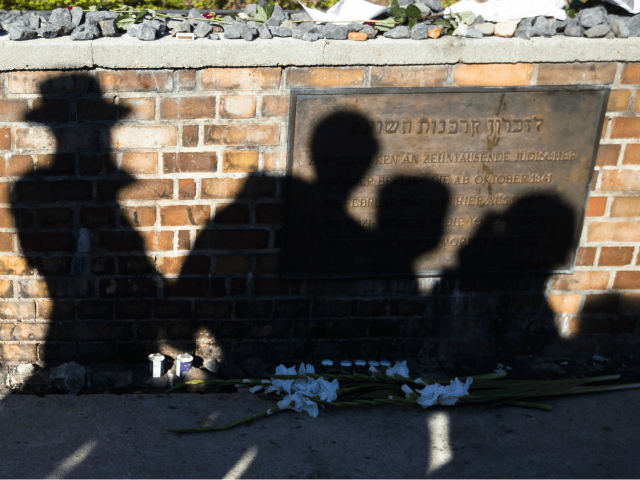 ROME (AP) — Rome’s mayor, Catholic groups and politicians of every stripe joined Italy’s Jewish community on Monday in denouncing the theft of 20 small bronze plaques honoring a Jewish family deported during the Holocaust.

The plaques, affixed to the cobblestones in front of the Di Consiglio family home in the Monti neighborhood of downtown Rome, were taken overnight. A gaping hole in the cobblestones was all that remained Monday.

The organization responsible for laying the plaques, “Art in Memory,” reported the theft. In July, the same group reported receiving a threatening letter featuring a photo of Adolf Hitler.

“The association denounces this vile act of fascism and anti-Semitism, and invites all Romans to be vigilant and keep memory alive to prevent these criminal acts from continuing and being tolerated and legitimized,” the group’s president, Adachiara Zevi, told The Associated Press.

That memory, Sant’Egidio said, “is all the more precious to defend against the worrisome growth of new racism and discrimination.”

Rome’s historic center houses the Jewish ghetto, near Monti, and its cobblestoned streets are dotted with more than 200 plaques in front of homes of Jews who were killed or deported during the war. They were made by the German artist Gunter Demnig, who has placed an estimated 70,000 of them around Europe to remember all those who were deported, Zevi said.

The Union of Jewish Communities in Italy noted that one of the surviving Di Consiglio family members, Giulia Spizzichino, was an instrumental witness in the case against Nazi war criminal Erich Priebke.

Priebke, a former SS captain, died in 2013 in Rome while serving a life sentence for his role in the massacre of 335 Italians in 1944.