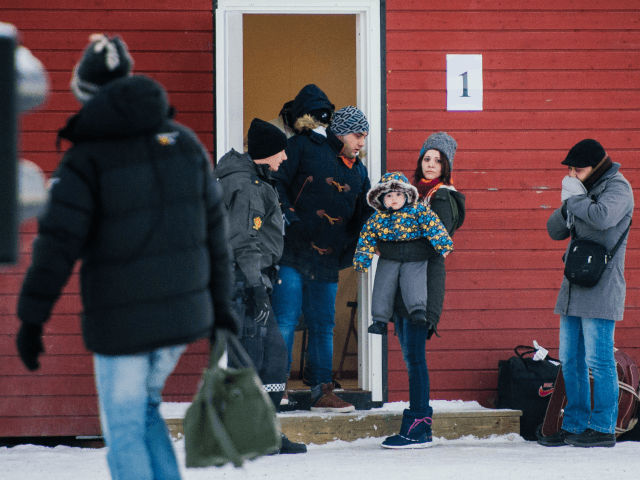 Almost half of all domestic violence cases which concerned children in Norway involved families of immigrants, according to new research, which revealed particular overrepresentation of Afghan and Pakistani groups in the data.

Looking at domestic violence cases seen in Norwegian courtrooms from the beginning of March to the end of May this year,  in which convictions were secured, the report by NRK found that 47 percent of a total of 135 child victims came from a family in which both parents were born abroad.

The near-50 percent figure came despite immigrants making up less than 20 percent of the Norwegian resident population.

Examples of cases in which immigrant families were involved include a mother beating two children with a wooden spoon, a brother who raped his little sister, and a mother who abused her children and threatened them with a knife, the Norwegian state broadcaster said.

Immigrant families convicted in the cases examined in the study came from a variety of different countries, most of which were reportedly African or Asian with the exceptions of Bosnia, Iceland, and Lithuania, reports NRK.

The nationalities which were most frequently convicted were Afghan and Pakistani immigrants, the report found.

Researcher at the National Knowledge Center on Violence and Traumatic Stress, Mia Myhre, said there are a number of causes behind the huge overrepresentation of migrants in domestic violence cases, including they escaped from “bad living conditions such as war”, and that they might hail from countries with ‘honour’ cultures in which such behaviour is seen as acceptable, according to NRK.

Ragnhild Bjørnebekk, a researcher at the Norwegian Police College, said the statistics could be explained by cultural and legal reasons including that laws against domestic violence in Norway are much stronger than elsewhere.

“There may be people from failed states or authoritarian dictatorships where power lies with friends and family,” she told NRK, adding: “They do not have all the organisations that we have.”

“This is worrying, but unfortunately it is not surprising,” said Progress Party immigration spokesman Jon Engen-Helgheim, adding that authorities and politicians have “long been aware of the fact there are problems with family violence in some immigrant communities”.

A number of measures should be put in place to uncover domestic violence in immigrant communities, including “mandatory health checks that could reveal abuse”, according to the minister.

“We also need to make it so that all public bodies which come into contact with children create a strategy for how they intend to identify and respond to violence in the home, social control and religious coercion,” he said.