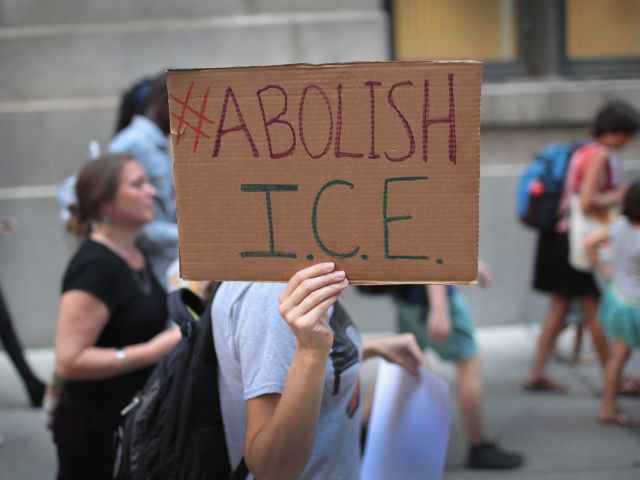 Students at North Carolina State University held a meeting last week to discuss how they can pressure the school into becoming a sanctuary campus to stop the police from reporting illegal aliens to Immigration and Customs Enforcement.

The desire to make North Carolina State University (NCSU) into a sanctuary campus was spurred by the October arrest of a previously deported felon who had a detention order issued by Immigration and Customs Enforcement (ICE).

Students became offended upon learning that this individual, who is a convicted felon, had been detained by a police officer and reported to ICE.

According to the campus police, the felon is not a student, and was discovered on a construction site at the Greek Village student housing center after hours. The individual had also been previously deported.

Students reacted to what was referred to as “the ICE incident” by collaborating on a project to abolish ICE on campus, according to an email obtained by Breitbart News.

“We would like to request that Student Government take the initiative on researching the precedent for a public university having policies in which Campus Police is not allowed to call ICE,” states the email, which was circulated among students and staff at NCSU.

“We would also like to know whether there are university policies at NCSU in which ICE is not allowed on campus.”

“So the scumbags [NCSU Police] handed someone over to ICE,” said @authcom19, a Twitter account allegedly belonging to a student on the email chain, “the felony charge is a non-violent charge.”

NCSU’s Chief of Staff and Assistant Vice Chancellor Justine Hollingshead was also included on the email although she did not appear to have responded based on the emails reviewed by Breitbart News.

The email also listed a number of student organizations that were said to be “on board” with abolishing ICE on campus:

Neither Chancellor Hollingshead nor the Young Democratic Socialists of America student group responded to Breitbart News’ request for comment.