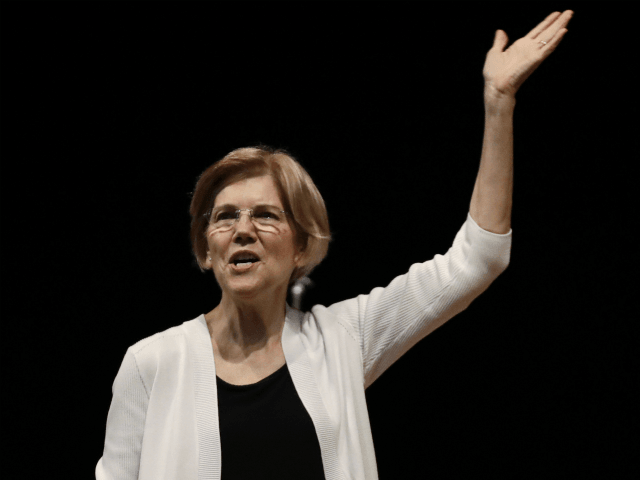 Spreading lies to benefit the Democrat Party is what the establishment media do. For example, over the weekend, NBC News fabricated the lie that President Trump gushed over Confederate General Robert E. Lee. This was a deliberate lie to smear Trump as racist, and it was only corrected by NBC after the lie had run its course.

Over the same weekend, CNN crafted its own lie to make Donald Trump Jr. look racist.

The media lie. And then the media lie some more. And now the media are lying about Sen. Elizabeth Warren (D-MA) and her debacle of a DNA test. These are lies of omission and commission, but they are still lies because the media are desperate to mislead and deceive. With all that in mind…

Although fake news outlets like CNN are running fake headlines that read “Elizabeth Warren releases DNA test with ‘strong evidence’ of Native American ancestry,” the exact opposite is true.

In fact, Warren’s DNA test only proves that her Native ancestry is usual-usual, no higher, and maybe even lower, than the average white American.

This means that all Warren’s DNA test proved is that she might be 1/64 to 1/2024 Mexican, Peruvian, or Columbian — which again puts her well within the norm of the average white American.

American Indian tribes refuse to participate in DNA testing for a number of reasons, including exploitation by white people using identity for mercenary reasons – which is exactly what Warren has done.

Warren’s DNA test is so offensive to the Cherokee Nation that for the first time in the six year saga of this controversy, it weighed in on Monday to  disavow and chastise Warren.

Warren’s false claim she is Cherokee was debunked years ago. To defend her lies, Warren has said that she came to believe she was part Native due to the stories told to her by family members.

Even this claim has been debunked.

Some members of Warren’s own family strongly deny any talk in the family of Native ancestry.

VERDICT: Not even close, and not only for the reasons listed above.

Warren never claimed she was part Native, nor did she claim she is as Native as the average white American, which is all this DNA test proved.

Rather, Warren claimed she was an American Indian, specifically Cherokee or Delaware.

For every year between 1986 and 1995, Warren identified herself as “Native American” in the Association of American Law Schools Directory of law professors.

She signed off on a recipe in the Pow Wow Chow Cookbook as “Elizabeth Warren — Cherokee.”

Warren told the University of Pennsylvania to change her ethnicity from “white” to “Native American” after taking a job as a law professor.

At the beginning of her academic career, there is just no question Warren dined on a phony minority status based on the worst kind of cultural appropriation.

To this very day, Warren stands by the debunked story her parents were forced to elope in 1932 due to family outrage over her father marrying a woman with Indian blood. Except…

Contemporaneous news reports and a marriage certificate appear to prove Warren’s parents were married in a church ceremony — so no dramatic elopement.

Back in July, Trump offered to donate $1 million to a charity of Warren’s choice if a DNA test proved she was Indian.

Here is his exact quote: “I will give you a million dollars to your favorite charity, paid for by Trump, if you take the test and it shows you’re an Indian.”

If Warren is Native, every average white person in America is Native.

VERDICT: The opposite is true.

If you want to see someone trading in on offensive stereotypes, watch Warren defend her lies with the excuse her family has “high cheekbones” just like “all Indians do.”

6. Warren used offensive, racially charged language to defend her claims of Native American heritage, declaring that her family had “high cheekbones” like “all the Indians do.”

Here is video of that moment: pic.twitter.com/DzU60yowHe

Warren should be attacked and mocked for living this lie for 30 years. Shame on her. The American Indian has lived through hundreds of years of hell to stay together and to hang on to their traditions. They have every right to be furious over this interloper, this imposter who leached on to them in order to cash in on a minority status.

The media attack Trump as racist only because the media know how deadly this line of attack is to Warren’s political prospects. The media scream “racism” hoping it will make this controversy vanish, which is going to be fatal to Warren’s presidential aspiration.

Trump is not mocking Indians, he is standing up for them by exposing a con woman engaging in the worst kind of identity theft.

The far-left Politico spun Warren’s disastrous roll out of her DNA test as a “clear sign to any Democrat who wondered whether Warren would fight back against President Donald Trump, who has taunted her as ‘Pocahontas[.]’”

Outside of the late John McCain suspending his 2008 presidential campaign to save the economy, never in my decades of watching politics have I seen a serious presidential contender botch something like Warren did the roll out of this fiasco.

To begin with, Warren did not solve this problem –she made it worse, she turned a huge spotlight on it, and not just the fact that she has lied for decades about her Native ancestry.

The spotlight also exposes how ham-handed, clumsy, and unsteady she is. On Monday, as her DNA rollout began to blow up in her face, Warren lit herself on fire with a public meltdown on Twitter.

All Monday proved is that Warren lacks the judgment and poise to run for president, much less take on Trump.

Monday was the worst day of Warren’s 2020 presidential campaign, and if anyone loves her enough to be honest with her, it will be her last.

Trump doesn’t just live in Warren’s head, he’s up there doing donuts in Air Force One while singing the Star Spangled Banner through a mouthful of cherry and strawberry Starbursts.

She let Trump get to her, undo her — and now she has destroyed herself.