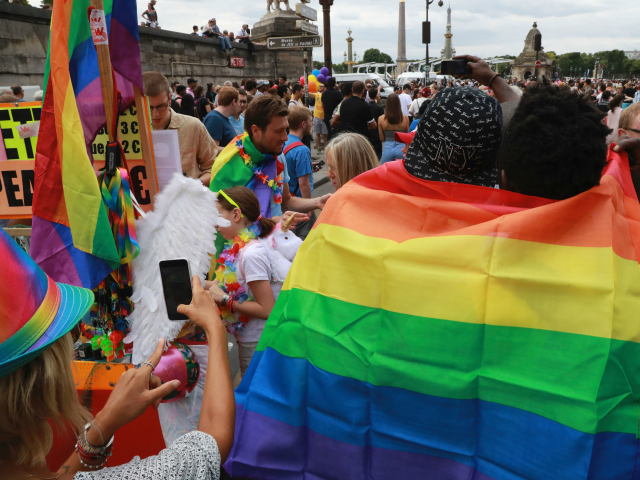 Despite the recent decision giving gay couples the right to marry, intolerance and attacks on homosexual couples are increasing across France with some scared to express their sexuality in public.

Earlier this month France saw three homophobic attacks on gay couples in the span of only three days, including a lesbian couple who were physically attacked with one woman punched in the face in Paris, French magazine Marianne reports.

Another attack occurred in Lyon with one of the victims telling the magazine: “We were insulted by a group of young people who started by saying ‘Hi girls’ then ‘dirty gays.’”

“I went to see them to ask them for an explanation, but I did not get one. At the moment I wanted to call the police, one of them approached me and punched me in the neck, a huge punch,” the 28-year-old added.

Vincent, a 35-year-old resident of Paris, said he was hesitant to show his sexuality in parts of the city saying: “When I walk with another guy, we pay attention to our level of proximity depending on the neighbourhood we are in. Especially at night, because we know it’s riskier.”

Even traditionally gay-friendly areas of Paris have changed in recent years, according to 23-year-old Hannah who claims that a man came to a lesbian bar she had been at and he had harassed patrons, yelling that he was going to “rehabilitate” them from across the street as they left the venue.

“Two of my friends were beaten on the subway exit a few weeks ago,” Hannah said and added: “Since coming out two years ago, I had never heard so many stories of attacks on people I know.”

Basile, a 25-year-old communications officer, said he and his partner were incredibly cautious about public displays of affection saying: “It is unthinkable for us to have a gesture of affection in the street and if we want to kiss, we look twice around us to make sure no one is watching us.”

Last week, two gay men in Paris’s 19th arrondissement were attacked for kissing each other with both men being badly beaten and requiring hospitalisation.

The issue of homophobic attacks is even starker in the heavily migrant-populated Paris suburbs where migrant-background homosexuals sometimes feel the need to move to another town after coming out. Many others simply hide their sexuality entirely.