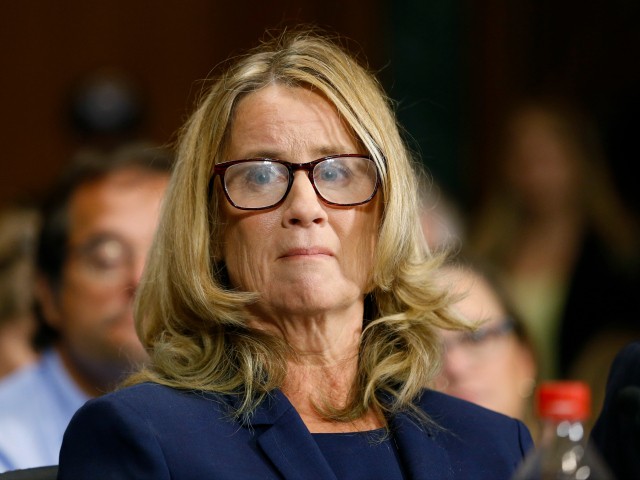 Breitbart News has already gone into great detail to lay out the facts that unravel the allegations Christine Blasey Ford and Deborah Ramirez made against Supreme Court nominee Brett Kavanaugh. Since these individual reports, Ford’s story has continued to crumble.

Real Clear Politics has looked at the records surrounding Ford’s claim that an extensive 2012 remodel of her home involving two front doors triggered her memory of Kavanaugh’s alleged 1982 assault attempt.

Documents, however, show that the remodel took place in 2008 and that the second front door was not an odd request from a traumatized woman fearing she could not escape, but someone looking to make extra income renting out part of her home — possibly in violation of local zoning laws.

A sworn statement released by a man alleging to be Ford’s former boyfriend appears to have answered one very important question. During her testimony last week, why did sex crimes prosecutor Rachel Mitchell ask Ford if she had ever helped someone prepare for a polygraph? It was such an out-of-nowhere question, a seeming waste of time.

Ford answered that she had “never” helped anyone prepare for a polygraph.

Well, now we know why. The Senate Judiciary Committee had a sworn statement from this former boyfriend, and under penalty of imprisonment, he told them Ford once used her skills in psychology to help a friend prepare for a polygraph.

If this is true, Ford could be guilty of perjury.

The boyfriend also alleges that nearly a year after they broke up, Ford used one of his credit cards to charge $600 and then lied about it. It was only after he threatened to get fraud investigators involved that she admitted to it.

As far as the already-debunked claim about Ford being afraid to fly — a claim that delayed the Kavanaugh confirmation a full week — he writes, “[W]e traveled around the Hawaiian islands including one time on a propeller plane. Dr. Ford never indicated a fear of flying.”

During the ten years he knew her and the six years they were a couple, she never mentioned any kind of sexual assault, a Brett Kavanaugh, or a fear of closed spaces. In California, he writes, “she ended up living in a very small, 500 sq. ft. house with one door.”

For this reason, Senate investigators are again demanding Ford’s attorneys release all the information pertaining to her polygraph test and her therapist notes. In the court of public opinion and through our monstrous media, both have been used as evidence against Kavanaugh, but no one has investigated either.

As of now, Ford’s legal team is refusing to release anything.

ADDED: The friend in question denied to the far-left CNN that Ford helped her prepare for a polygraph. But unlike Ford’s former boyfriend, she made this claim to an anti-Trump cable channel and not while under oath.

As of this writing, Ford’s legal team is still refusing to release either her polygraph information or therapist notes to the Senate Judiciary Committee.