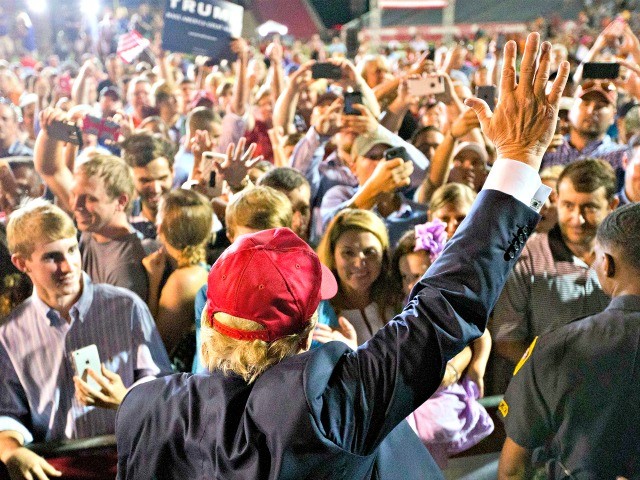 We keep hearing about how divisive and unpopular President Trump is, about how “historically” unpopular he is. This is not even close to the truth.

As of right now, in the Gallup poll, Trump enjoys a 44 percent approval rating. And when Investor’s Business Daily looked at the approval ratings of previous presidents during this same week in their respective presidencies, they found that Trump is tied with Barack Obama (44 percent) and is doing better than both Bill Clinton (41 percent) and even Ronald Reagan (42 percent).

Three former presidents were polling better at this same time. Still enjoying the goodwill from his handling of 9/11, George W. Bush sat at 67 percent. His father, George H.W. Bush, enjoyed a 56 percent approval rating just as he began ramping up the Gulf War. Jimmy Carter, fresh off the Camp David accords, was at 49 percent.

You will note, though, that two of those presidents (Bush I and Carter) failed to win a second term.

In the Real Clear Politics poll of polls, Trump’s numbers are on the rise, and he enjoys a relatively healthy approval average of 44 percent. Two of America’s most reliable pollsters, Rasmussen and Fox, have the president at 47 percent approval.

So basically, outside of the extraordinary circumstances like a 9/11 or Mideast war, Trump’s standing with the public is in line with past presidents.

What makes this even more noteworthy is how Trump has managed to defy gravity despite a rabidly partisan media desperate to personally and politically destroy him. No president in modern history has ever had to deal with billions and billions of corporate dollars targeting him for annihilation through every establishment media outlet in the country.

The unfairness, fierceness, and unhinged quality of these attacks is unprecedented, especially against a president who has been so objectively successful at almost every level.

But the public, no doubt, sees a wild disconnect between a media who cannot stop foaming at the mouth and a country enjoying its first era of peace and prosperity in two decades, since the World Trade Center collapse ushered in the Bush era of pointless wars and the Obama era of stagnation.

One doubts, though, that any previous president, even Reagan, could still fill stadiums nearly two years after an election, much less accomplish this.