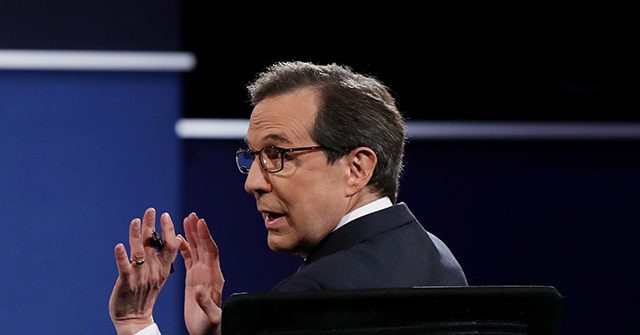 The Fox News Channel’s Chris Wallace finally found it within himself to defend his own network (kind of) from criticism hurled by a Democrat.

This is in sharp contrast to two weeks ago when Wallace hosted a town hall event with Mean Little Mayor Pete Buttigieg, one of the 278 Democrat presidential candidates, and remained silent as his guest trashed Fox News, including two of its biggest stars.

“You know, a lot of folks in my Party were critical of me for even going this with Fox News… and I get that, especially when you see what’s going on with some of the opinion hosts on this network,” the Mean Little Mayor said. “I mean, you got Tucker Carlson saying immigrants make America dirty; when you’ve got Laura Ingraham comparing detention centers with children in cages to summer camps — summer camps.”

“There is a reason why anybody has to swallow hard or think twice before participating in this media ecosystem,” he said.

This finally got a response from Wallace, who said, “All right mayor, we got to take a break here.”

On Sunday, though, Wallace hosted another Democrat presidential candidate, Sen. Kirsten Gillibrand (D-NY), for a town hall, and when she attacked Fox News, Wallace found it within himself to (kind of) defend his employer.

“Chris, I want to talk about the role Fox News plays in this, because it’s a problem,” she said. “I can tell you, before President Trump gave his State of the Union, Fox News talked about infanticide. Infanticide doesn’t exist–”

Wallace cut in: “Senator, I want to say we brought you here for an hour and we’re treating you very fairly.”

He then questioned her motives: “I understand that maybe to make your credentials with the Democrats who are not appearing on Fox News, you are going to attack us,” Wallace added. “I’m not sure, frankly, it’s not very polite when we’ve invited you to be here.”

“I will do it in a polite way,” Gillibrand said.

Wallace hit her again: “Instead of talking about Fox News, why don’t you answer Susan’s question.”

But Gillibrand went right back to ripping Fox and a cucked Wallace just let her. He also let her tell lies.

“What happens on Fox News is relevant because they talked about infanticide for 6.5 hours,” Gillibrand complained. “Six-point-five hours, right before President Trump’s State of the Union, mentioned it 35 times. That is not the debate of what access to reproductive care is in this country. [Infanticide] doesn’t happen, it’s illegal, it’s not a fact. And I believe all of us have a responsibility to talk about the facts.”

Wallace just let her misinform the Fox News audience with this nonsense about how infanticide “doesn’t happen.”

So, the baby is born, resuscitated, and made comfortable until the mother decides whether or not to execute it.

Wallace will engage in bitter battles with Trump officials all day long, but Democrats can spread all the lies they wish.