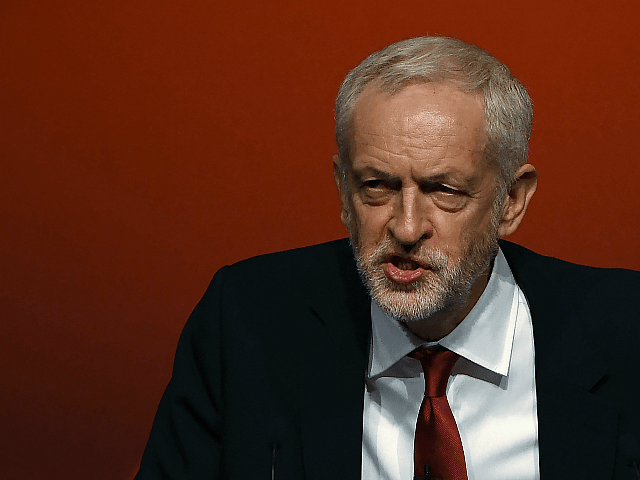 Hard-left Labour leader Jeremy Corbyn has attacked U.S. President Donald Trump over his comments regarding the London mayor, as the President begins his first day of a State Visit to the UK.

The leader of the opposition, Mr Corbyn, shared support for the protests against President Trump, saying: “Tomorrow’s protest against Donald Trump’s state visit is an opportunity to stand in solidarity with those he’s attacked in America, around the world and in our own country — including, just this morning, Sadiq Khan.”

Later in the day, a Labour spokesman said that Mr Corbyn will attend and speak at the anti-Trump protest on Tuesday.

President Trump had mocked Labour Mayor of London Sadiq Khan in the morning, saying he was “very dumb and incompetent” and a “stone cold loser”. This followed an article earlier in the week by Mr Khan who had compared the U.S. leader to 20th-century fascists.

Tomorrow’s protest against Donald Trump’s state visit is an opportunity to stand in solidarity with those he’s attacked in America, around the world and in our own country – including, just this morning, @SadiqKhan.

Mr Khan had reportedly facilitated last year’s protests against President Trump during his working visit, allowing a balloon featuring the President as a baby to be flown above London during the demonstrations.

Mr Corbyn meanwhile has faced an ongoing row after being accused of hypocrisy for opting to boycott President Trump’s State Visit but having attended the previous State Visit of Chinese President Xi Jinping, despite China’s record of human rights abuses.

Corbyn has come under fire in the past for many of his chosen associates. He is reported to have been investigated by MI5 for alleged links with at least one IRA member in the past as well as having been photographed laying a wreath at a cemetery for the Palestinian terrorists involved in the massacre of Israeli coaches and athletes at the Munich Olympics in 1976.

Mr Corbyn has also overseen a dramatic increase in antisemitism in the Labour Party during his tenure as leader. The most recent example coming on Sunday when Labour’s candidate for the upcoming Peterborough by-election was accused of ‘liking’ an antisemitic social media post accusing Theresa May of pursuing a “Zionist. slave-masters agenda”.