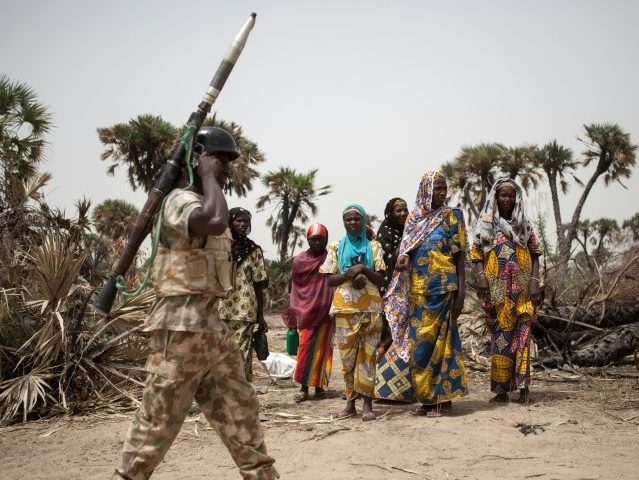 Stephen Enada, a Christian human rights activist who fled persecution in Nigeria in 2016 and is now living in the United States, reportedly accused the Buhari administration of paying “lip service” to the Islamic State (ISIS)-affiliated Boko Haram group.

He spoke to the Christian Post last Saturday at the fifth annual night of prayer for persecuted Christians hosted by the nonprofit One Body group in Washington, DC.

Enada, the co-founder of the International Committee on Nigeria, cautioned that, as the Nigerian military continues to fight Boko Haram, the Buhari government has liberated hundreds of the group’s members, claiming “they have repented.”

“It is like sort of a granting the terrorists amnesty,” he told the Christian Post. “That just tells you that this is really showing that the government of Nigeria is actually aiding and abetting these folks. These are folks that have unleashed terror on the community, and now at this time, the government is taking it upon [itself] to set them free.”

According to Enada, the Nigerian government released more than 1,200 so-called “repentant” Boko Haram jihadis this year alone, including 500 two months ago, 244 in January, and 475 in February, either claiming they are rehabilitated or citing an inability to charge them with crimes “due to lack of sufficient evidence against them.”

Last month, the Nigerian military announced that it had released an additional 254 Boko Haram terrorists who “surrendered and repented,” Vanguard reported.

“At the end of the day, it shows that these insurgents are actually supported, or maybe the government gives them comfort,” Enada argued. “So now, it just shows anybody anywhere in the world that it is good to terrorize. After all, if [the terrorists] say [they] have repented, they will be granted a reprieve or they will be reintegrated into [the] community.”

The activist accused the Buhari administration of “obstructing justice” by releasing the jihadis.

“Our judicial system is clear that criminal elements and terrorist activities are subject to prosecution,” he explained. “For government not to submit these insurgents for prosecution means they are obstructing justice.”

He conceded that it is unclear what happens to the Boko Haram terrorists after they are released, noting that he does not know whether they assimilated into society or if they are planning to “unleash terror again.”

“But what this has actually shown everybody is that the act of terrorism in Nigeria is not bad because [the] government will definitely forgive you if you come out and say you are sorry,” he continued.

In Nigeria, Christians have suffered persecution at the hands of Boko Haram in the northeastern part of the country and Muslim Fulani herdsmen in the Middle Belt area.

“Over the summer, it was reported that as many as 6,000 people, mostly women and children, have been murdered by Fulani herdsmen since January,” the Christian Post pointed out.

Since taking office in 2015, the Buhari administration has claimed victory over Boko Haram several times only to have the terrorist group carry out deadly attacks soon after the allegation.

“It has been explained away by the government that Boko Haram has been decimated,” Enada told the Christian Post. “But that is not true because most of the attacks on soft targets are still going on.”

“It is not eradicated. If the government says that Boko Haram has been eradicated, that is a big lie,” Enada added. “I keep on telling people that when you talk about these insurgents in Nigeria, our government has actually paid some lip service to it.”