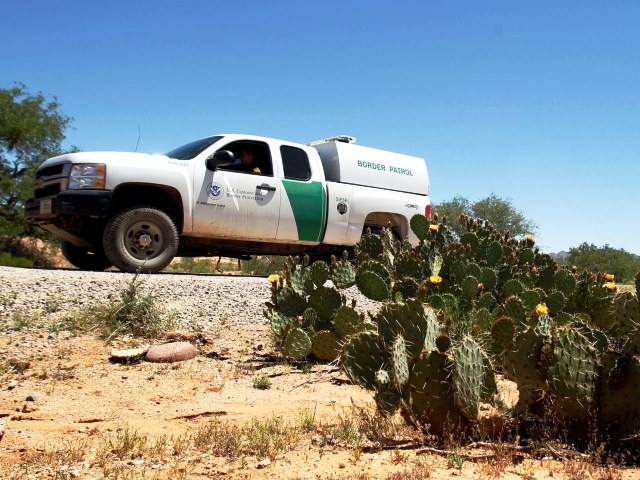 The New York Times smeared U.S. Border Patrol agents and U.S. Customs and Border Protection (CBP) officers with a misleading tweet that indicated hundreds of employees had been arrested for accepting bribes and other forms of corruption. Of the approximately 60,000 agency employees less than 500 were charged with crimes over a two year period — only 30 of those involved charges of corruption.

The New York Times sent out a misleading tweet implying that “more than 500” Border Patrol agents and CBP officers were arrested for “drug trafficking, accepting bribes, and other crimes over a two-year period.” The actual number charged with the corruption-related crimes headlined in the tweet is 30.

Despite this low number, the New York Times lead paragraph states: “More than 500 employees of the United States’ primary border security agency were charged with drug trafficking, accepting bribes and a range of other crimes over a two-year period, according to reports released on Friday.” The newspaper appears to be implying there is a huge corruption problem within the federal law enforcement agency charged with securing our nation’s borders and ports of entry.

Of the approximately 60,000 employees of CBP, only 496 were actually arrested, according to the report from CBP on disciplinary actions for Fiscal Years 2016 and 2017 — a tiny percentage of the employee base.

Of those 496 employees arrested, only 30 were charged with corruption-related charges during the two-year reporting period, the report indicates.

Significantly above the corruption charges were charges related to drug and alcohol misconduct and domestic/family misconduct.

The crimes for which CBP employees were arrested included the following for the two-year period:

Not all of the alleged crimes have been adjudicated. As of September 30, 2017, nearly two hundred of the cases remained open. During the two year period, only five employees were removed from law enforcement positions for felony convictions.

“The CBP Standards of Conduct state that in order to fulfill its mission, CBP and its employees must sustain the trust and confidence of the public they serve, CBP officials stated in the report. “As such, any violation of law by a CBP employee is inconsistent with and contrary to the Agency’s law enforcement mission. CBP’s Standards of Conduct specify that certain conduct, on and off-duty, may subject an employee to disciplinary action. These standards serve as notice to all CBP employees of the Agency’s expectations for employee conduct wherever and whenever they are.”

“The number of employees arrested in FY 2016 and FY 2017 represents a minute percentage of the overall CBP workforce of approximately 60,000,” officials concluded. The number of alleged crimes remained relatively steady from Fiscal Year 2015 through the end of Fiscal Year 2017.