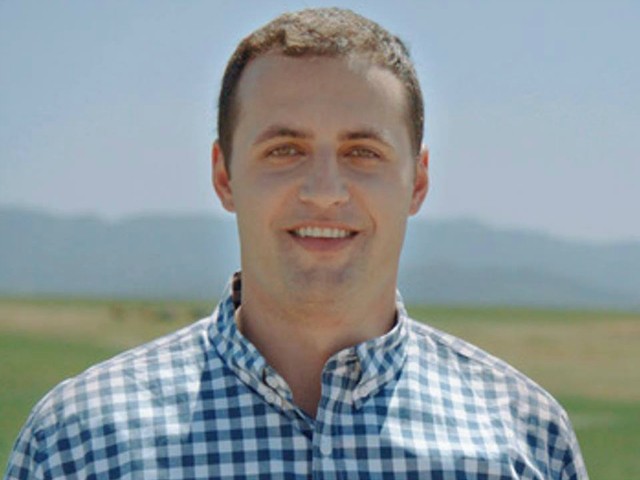 Isaac alleges the man assaulted him during the chase, according to the Fareed campaign. “Why are you attacking me?” Isaac can be heard yelling back to the man who appears to slow as he realizes he is being recorded. “Because! You’re lying!” the man yells:

Fareed campaign manager Austin Stukins recounted the incident to Breitbart News. According to Isaac, he was canvassing the neighborhood, visiting houses on a list identified by the campaign. He was leaving campaign materials and asking questions at the door. He was also encouraging people to get out to vote.

Isaac said he tried to have a conversation with the man in the video when he answered the door. Isaac talked about Fareed’s race, expressed concern over protecting the city’s streets, and talked about Kate Steinle, the young woman who went to school in the congressional district and was killed by an illegal alien.

The man began yelling and screaming, according to Isaac’s account, which Fareed’s campaign communicated to Breitbart News. Isaac said he told the man he was not trying to fight and just wanted to have a conversation. When he turned to leave, he said the man proceeded to chase him, and during the chase, the man hit him in the back. Immediately thereafter, Isaac said he was able to get his camera turned on and start recording.

The video shows a man in chase who relents as he sees the camera rolling. The man’s response to being asked why he is attacking Isaac is that he believes Isaac is lying. The man then turns away, and when Isaac tells him he is going to report the assault, the man turns again, screams, claps, and says, “Go ahead!”

Fareed’s campaign told Breitbart News on Saturday that Isaac has contacted police in Paso Robles, California, and the incident has been filed. Isaac has expressed an intention to press charges against the man for punching him in the back.

Stukins said Isaac is a good kid who has taken the time to participate in the electoral process. He portrayed Isaac as the kind of kid who does not pick fights.

“We’re supporting Isaac in every way we can,” Stukins said. Isaac “hasn’t let it discourage him” and has already returned to canvassing for the campaign. “It doesn’t discourage Isaac. It doesn’t discourage our campaign,” said Stukins, who called it unfortunate that people feel the need to react as the man in the video did.

“The way to handle discourse in politics these days is not through violence,” Stukins told Breitbart News.

When candidate Fareed learned of the incident, he said, “As a society, we often express concern that Millennials aren’t involved enough in our civic process and aren’t informed about the issues. Isaac took the time to study the issues and become involved. It’s sad and discouraging that this is the response he gets for his efforts.”

“We cannot resolve the serious issues facing our country if we allow bitterness and violence to take hold. Politics must not ever overshadow basic human decency or incite such viciousness,” Fareed went on. “This type of behavior will never be acceptable to me, regardless of which side of the political spectrum it comes from. I call on Salud Carbajal to join me in renouncing those who call for or incite acts of violence in our country, our state, and particularly our own district.