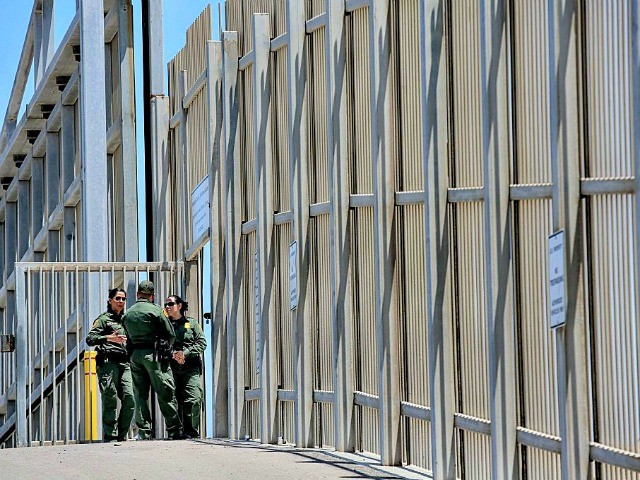 Nearly 2-in-3 supporters of President Trump and Republican voters say they support shutting down the federal government in order to secure full funding for a border wall on the United States-Mexico border.

The latest Marist Poll reveals that 65 percent of Trump supporters and 65 percent of GOP voters say the president should not compromise on his proposed border wall, even if it means a government shutdown.

Among those who call themselves “strong Republicans,” nearly eight-in-ten say Trump should shut down the government to secure the border wall funding.

A plurality of about 47 percent of Trump’s base, the white working class, say the president should stay strong on the border wall and not compromise, even with the possibility of a government shutdown.

Non-college educated white men, 50 percent; white evangelical Christians, 53 percent; and Americans living in rural communities, 51 percent, are the most supportive demographic groups of shutting down the government to secure the $25 billion needed to build the border wall.

A plurality of the white working class, 42 percent, said the border wall is an immediate priority, as well as 45 percent of non-college educated white men and 42 percent of Americans in rural communities, who said the same.

As Breitbart News reported, Trump said on Tuesday he is fully committed to shutting down the federal government if Democrats do not help fund his border wall, although Sen. Chuck Schumer (D-NY) said he and fellow Democrats would not waver in refusing to fund the wall.

Currently, the House version of the Department of Homeland Security funding bill, as Breitbart News reported, includes only $5 billion for the border wall but ties the funding to a variety of cheap labor giveaways to the big business lobby, the outsourcing industry, and the open borders lobby, including:

The House DHS spending bill does not include any additional funding for the Border Patrol to effectively detain illegal aliens without releasing them into the American general public.

The bill also does not provide Trump with the funding for the Immigration and Customs Enforcement (ICE) agency to hire an additional 1,000 ICE agents. Trump has said for more than a year that he wants to increase the number of ICE agents, but the GOP Congress failed to provide the funding.