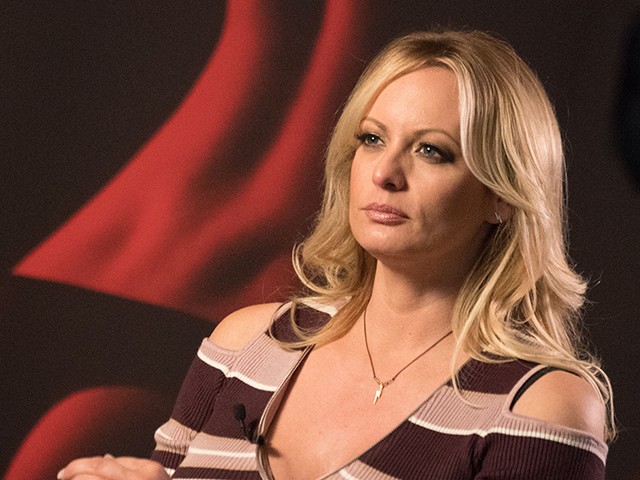 A federal judge in Los Angeles ordered pornographic actress Stormy Daniels on Tuesday to pay $293,000 in President Donald Trump’s lawyers’ fees and $1000 in sanctions following an unsuccessful attempt to sue him for defamation.

Daniels, whose real name is Stephanie Clifford, was ordered to pay 75 percent of the president’s legal fees in connection to the case, according to Trump lawyer Charles Harder. Earlier in December, Harder petitioned U.S. District Judge S. James Otero to make Daniels pay $800,000 in fees and other sanctions. The breakdown of the now-ordered payments is $293,000 for legal fees and $1,000 for sanctions.

In November, Otero tossed the adult performer’s lawsuit alleging defamation by the president — because he posted a tweet calling her story of a man threatening her in 2011 to keep quiet about her alleged Trump affair a “con job.”

“Harder had billed Trump $841.64 per hour to represent Trump in the case, while Harder’s co-counsels in the litigation charged the president anywhere from $307.60 per hour up to $756.49 per hour, CNBC reports.

In a now-deleted tweet, Daniels’ lawyer Michael Avenatti addressed the settlement on social media, writing: “Trump asked for $800k in attorneys’ fees, costs and sanctions from the minor defamation case. The ct awarded well less than 1/2, recognizing that the request was gross & excessive. The amount in fees awarded Stormy in the main NDA case will be at least $1 million more than this.”