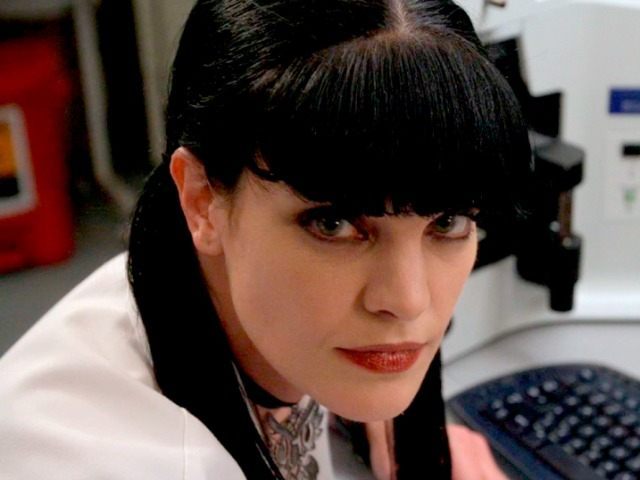 “For what will it profit a man if he gains the whole world and forfeits his soul? Matthew 16:26 Please read below: pic.twitter.com/Sj0DbliDoV

Perrette, who portrayed Abby Sciuto on CBS’s NCIS for over ten years, identifies herself on her Twitter account as a “civil rights/community activist.”

Quoting Matthew 16:26, Perrette began her rant against Trump with the scripture passage, “For what will it profit a man if he gains the whole world and forfeits his soul?”

“Where is Jesus when voting for someone who does the opposite of Jesus?” Perrette asks, continuing:

I’m serious. I’m a faith driven person. Jesus didn’t make fun of people, say horribly mean things, spread hate about race, women, handicapped and pretty much any target that makes the hateful cheer. I’m happy with my vote, as a Christian, to listen to love and Jesus and vote against trump [sic] and his pals in any way. He is a mean, mean man. He’s fooling you. Stop laughing with him. It’s cruelty and it’s wrong.

Later, Perrette tweeted a video she said she made in 2012, in which she complained about Republicans’ blocking former President Barack Obama’s agenda:

So weird …I made this video in 2012… Only it SO MUCH WORSE NOW! Please vote against bigotry and misogyny:https://t.co/5JiWdM90FR

“Obama has been doing everything he can to restore the economy, and it’s getting better, and continues to get better,” she declared in the video.

“Only it SO MUCH WORSE NOW!” Perrette says, referring to the present day. “Please vote against bigotry and misogyny.”

The Coalition of African-American Pastors (CAAP), however, points to the intolerance of Democrat leaders and their calls for violence against Republicans in a newly released video:

“Who do you want to represent you?” the black faith leaders ask.

“The people who have hurled insults like ‘Uncle Tom’ at me and the other faith leaders at the White House should look to their own motives,” said Rev. William Owens, CAAP president, after he and other black leaders met with Trump.

“That is intolerance masquerading as righteousness, and I will have no part of it,” Owens said.