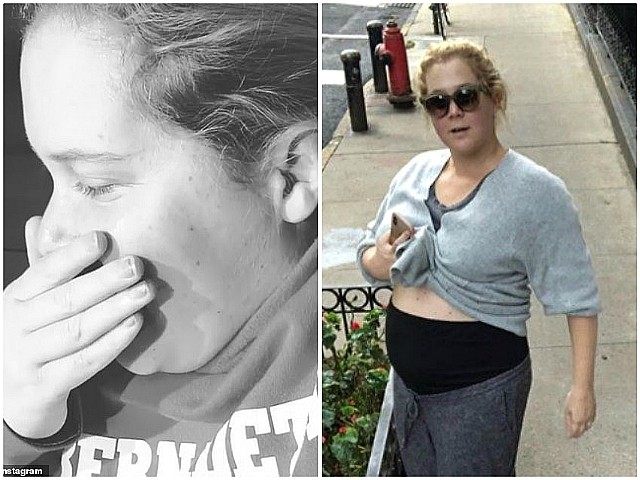 Actress Amy Schumer urged fans to get out and vote with an Instagram video featuring a sonogram of her first child in the womb.

“Happy Election Eve! You can look up your polling place + hours by texting LOCATION to 21333,” the Trainwreck star posted on Monday. “You can look up a sample ballot to be prepared at vote411.org/ballot.”

“Make a plan to #vote and let’s make history tomorrow! ♥️ (Feel free to copy this + send it to everyone.),” Amy Schumer concluded.

The social media post features Schumer’s delighted reaction to a doctor’s video of her first child in the womb.

This is not the first time Schumer has used her pregnancy for political purposes. Last weekend, the actress and comedienne insisted that her pregnancy gave her “all the more reason” to protest against now Supreme Court Justice Brett Kavanaugh.

The I feel Pretty star was briefly detained in October during a protest over the confirmation of Supreme Court Justice Justice Kavenaugh.

This week, though, an extensive report emerged from the Senate Judiciary Committee showing that none of the many accusations of sexual assault against Kavanaugh had even an ounce of credibility to them.