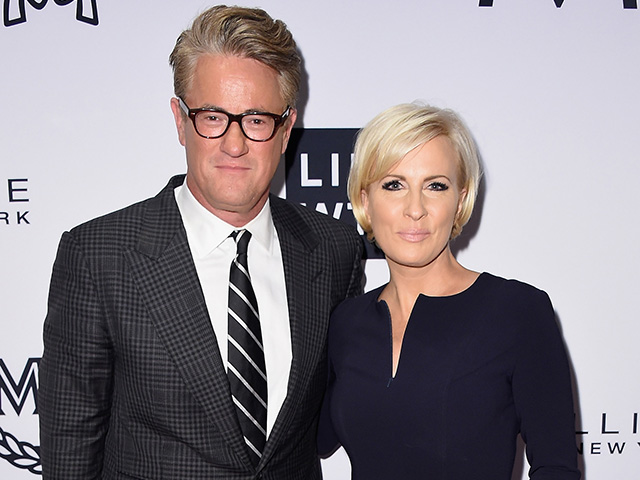 In reaction Monday to the shooting at a Pittsburgh synagogue over the weekend and President Donald Trump’s behavior, MSNBC “Morning Joe” co-hosts Joe Scarborough and Mika Brzezinski accused the president of using a tweet about the World Series to “send a message to white nationalists.”

Watching the Dodgers/Red Sox final innings. It is amazing how a manager takes out a pitcher who is loose & dominating through almost 7 innings, Rich Hill of Dodgers, and brings in nervous reliever(s) who get shellacked. 4 run lead gone. Managers do it all the time, big mistake!

The two hosts criticized Trump for joking about his hair and the tweet about the Boston Red Sox-Los Angeles Dodgers game on the same day of the attack, even though he also called anti-Semitism “poison” that must be extracted earlier in the day.

…This evil Anti-Semitic attack is an assault on humanity. It will take all of us working together to extract the poison of Anti-Semitism from our world. We must unite to conquer hate.

“Well, what’s going on, it’s a national reckoning. For two and a half, three years you have had a president and a candidate running for president wh, after Charlottesville preached moral relativism and equated neo-Nazis with those that were protesting against neo-Nazis. You have had somebody who has been calling Hispanics breeders. Somebody who has been calling himself a nationalist and neo-Nazis have come out praising him for that, praising him for other actions. He has refused steadfastly to attack white nationalists. He has refused to call back his attacks against all the people who, of course, had bombs sent to their homes, their residences and businesses.”

He continued, “This is a national reckoning. So, Mika, you know, in a week, people get to make a decision. Is this the America they want to live in? Because right now the only constitutional check against this sort of abhorrent behavior — again, a guy really — a guy who was sending a message by time and time again tweeting about baseball or talking about his bad hair day there, that was done intentionally to send a message to white nationalists. This doesn’t bug me that much. I’m going to watch a baseball game, I’m going to tweet about baseball. I’m just not going to let it occupy my I mean, Mika, you tell me, where do you think we are?

“Well, the optimist in me said we would survive trump’s behavior, the system will hold,” Brzezinski stated. “We just need to laugh at him, you said, and wait for him to leave the stage, but Donald Trump’s behavior over the last week represents perhaps the lowest point in a presidency filled with so many low points we can’t count them. In the face of terrorism and deadly violence, Trump has committed act after act after act that shocks the conscience, and he has completely abdicated the role that we expect, that we need our presidents to play at such moments of national crisis. His refusal to call his predecessors after bombs were sent to them, his rallies, his Twitter attacks, blaming the media and amazingly continuing to provoke and churn up hatred against those who are targets of his bombs.”

“He’s tweeting about baseball, bullpen strategy the very same day of the synagogue slaughter, as if to send a message, as you said, Joe, to his adoring white nationalist fans that the murdering of these worshippers was not even a concern,” she later added. “That’s the message it sends, to be clear.”