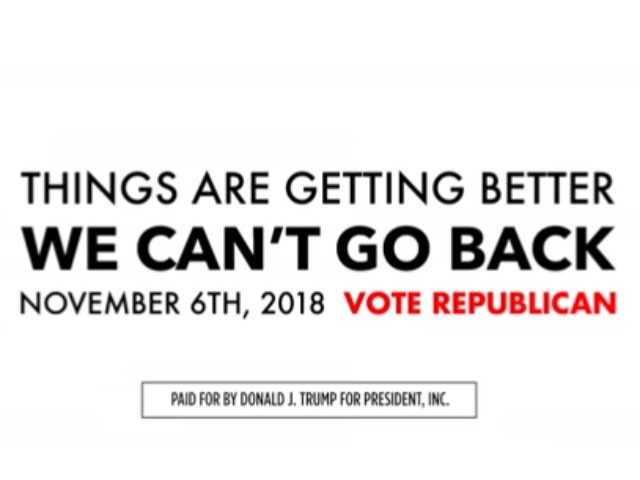 “We can’t go back,” the ad argues, showing a mother taking her daughter to violin practice after breaking ground on a new business venture and buying a new house.

The Trump campaign plans to spend $6 million to run the ad nationwide.

“The message conveys optimism in the direction of our country and offers a vivid warning that only by electing Republicans on November 6 can we ‘choose the right future’ for our children,” Trump’s campaign manager Brad Parscale said in a statement. “It speaks to all Americans to get out and vote for the GOP so President Trump’s booming economy and inspirational changes for hard-working American families can continue in the long run.”